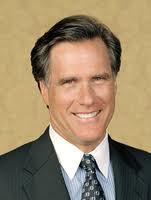 Oh Boy! Mitt Romney chose a running mate…Paul Ryan. With a closer look at the guy, it’s not hard to understand why Romney chose him for the campaign.


Born in 1970’s, he grew up in , earned a BA in Economics from Miami University-Ohio, and worked in the private sector for a brief time. By the mid-90’s he’d turned to politics for a living. Since that time, Ryan has focused on politics in one way or another. Like too many of our so-called “leaders” of both parties, he’s eaten from the government trough instead of from the private sector table all his life. In 1998 he won election to the House of Representatives at the age of 28, and since then, he’s never left.


The man is known for his alternative to the American Recovery and Reinvestment Act and his own Roadmap for ’s Future Act. The alternative would have lowered the top tax rate to 25%, begun an 8.5% value-added consumption tax, and replaced Medicare benefits for persons born after 1975. His 2010 revision of the plan reduced income tax rates, eliminated taxes on capital gains, dividends, and interest. It also abolished corporate, estate, and alternative minimum taxes. Social Security would have been privatized. According to columnist Paul Krugman, this plan would RAISE taxes for 95% of the population and lead to a $4 trillion loss of revenue over a ten-year period.


Maybe it’s just me, but Paul Ryan seems to be the perfect companion for Mitt Romney. He also believes in maintaining every advantage for the richest in our country while slashing benefits and help for the rest of us. If only 5% are going to gain from Ryan’s plan, it’s obvious that the rich will get richer and the middle class will pay the bill.


Reductions in Medicare and privatization of Social Security are other moves that cut off the feet of middle class Americans. We already have enough people in this country who each day must make a decision to eat or take medicine. Social Security is in a mess because too many times Congress has raided that fund to finance other programs and boondoggles. Besides, allowing individuals to invest current SS contributions in other financial programs is inviting disaster. The reason people have money in Social Security is because it’s taken before they can touch it. Too many people won’t save, and then our country will contend with millions who are retired with no means of income at all.


Ryan has served as one of the Republican obstructionist in Congress who seems intent on grid locking this country to prevent a Democratic president from succeeding. Yes, the Democrats have their own grid lockers as well, but none of them happens to be running on a presidential ticket.


Yes, Paul Ryan is an appropriate choice for Romney. He shares the same views on the economy. Ryan also wants to give all the money to the rich so that they can let it trickle down on the rest of us. Personally, I’m tired of being trickled on by the rich, or as some call them, the “job creators.” Still, Ryan is the ideal running mate. He even looks like the man who has chosen him, hair and all. Paul Ryan, he’s a real Romney clone.

Someone has been drinking the Liberal Media cool Aid way to much. Before you make such wrong assertions read AND UNDERSTAND the complete recovery proposal. Also- start a business and create jobs and then from your new seat look at the two forces running for office in November. This entitlement mentality has to STOP!

Joe
Your blogs are getting boring. TOO Much politics. As a business owner of 27 years it is frustrating to read that people still do not understand what has gone on the last three years. For the first time in Three Decades we fear for our businesses future and are struggling to pay all the governments new oversight requirements and added taxes including the health care which in it's current form will bankrupt us in a couple years. I know there are people in need that is why there is offerings and tithe and great community outreach programs. The government is not the answer. I know you did not teach history but look back at societies and countries that went down the same path as America is now. None has a favorable historical record. Move on to more interesting subjects like baseball, beaches, or beer.

Actually, Joe, I appreciated your blog and agree with your positions concerning the current political analysis. Coming from a state where our senior US Senator is an obstructionist, I am tired of the non-cooperation in government. Our Senator said his only goal for the current term was to work to make the President a one term president. He cared nothing about creating jobs, addressing the widening gap between the middle-class and the wealthiest members of our society, or the fact that we continue to fall behind other developed countries in math, science, and the arts. Thank you for being who you are and don't let 'em get you down!