WHEN I WAS HUNGRY

Not too long ago, the federal government cut $5 billion from the coffers of the food stamp program. If some have their way, another $39 billion will be cut over the next ten years. How does that happen in the most blessed country in the world?

It begins with a bunch of individuals who have more interest in staying in office and accumulating wealth than in making sure that people don’t go hungry. These politicians pander to constituents who say “no work, no eat.” In essence, these representatives are playing games with the health of those who are now receiving benefits. Isn’t part of serving the people taking on the responsibility for the welfare of ALL?

Oh, I am familiar with all the old lines that are used. Sure, all individuals should be required to do some kind of work. However, we can’t expect both parents to work unless childcare is provided. How much will that cost? Additionally, the incentive to work is squashed if a person’s benefits are cut proportionately to the money that he brings in. How can he ever get ahead when things are stacked to keep him right where he is?

How much money has been cut from the subsidies that are doled out to corporations in ? What hunk of money went to the oil companies or to corporate farms? How much money is paid out to discourage farms from producing food? How much food spoils in storage facilities across the land? What is the total expenditure of the defense department as it overpays for the simplest items or allows contractors to fall years behind in developing systems while they continue eating from the trough of flowing money?

Yes, abuses occur in the food stamp program, and yes, some who don’t qualify for assistance fraudulently make the lists. What the so-called leaders of the people should do is tighten up the screening of recipients. They also might rework the list of acceptable items that can be purchased with EPT cards. Allowing individuals to earn money while maintaining their assistance level is the best way to put the food stamp program on the right path.

Our economy took a major hit in 2007-2008. Folks lost their jobs and savings. The rich suffered some, but not to extent that the middle and lower classes did. The jobs haven’t come back because businesses either see a shaky forecast or, more disconcerting, they like the extra profits they rake in.

The number of visitors at food banks increased dramatically as folks who had never needed help lined up with those whose lives are filled with shortages. The resources dwindled at these banks, and only the contributions of the “regular, everyday Joe” helped them restock. The future for these helping agencies is in question as the numbers needing food increases and the funds only stay at unacceptable levels.

Those verses should be guiding all of us as we consider the food that is available to those who need help. It’s time to stop judging others as to whether they are scamming the system. Instead, the food stamp program should be refined to oust cheaters and to ensure only items necessary for a healthy diet can be purchased. No one can argue that the biggest shame that could occur in the is that even one man, woman, or child goes to bed hungry.
No comments: Links to this post

Was That Country Music?

Life offers plenty of signals to individuals to let them know they are getting old. Some come when we try to physically perform at the level we did a few years ago. Of course, some of us see the signs when we notice 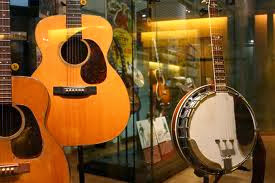 Even other areas of life scream to us that we are out of the loop these days. For instance, music just isn’t the same. More specifically, country music doesn’t mirror that of just a few years ago.
I tried to watch the CMA awards show the other night. I enjoy Brad Paisley and Carrie Underwood as they host the show. Yes, I have my favorite entertainers for whom I root as they vie for awards. Seeing superstars like Vince Gill and Alison Krauss on the stage is also a treat. Heck, I enjoy most of the Zac Brown Band and Kenny Chesney music too. What I don’t get are some of the new acts.
The Georgia Florida Line won the Duo of the Year award. Really? I don’t have a clue who these guys are, but they beat out Sugarland! One of these guys dresses like a biker with his leather vest, and I’m not a big fan of this tattoos at all. Do they play instruments?
I turned off the show when some group dove into what sounded strangely similar to heavy metal music instead of country. What’s happened to the old stand-by C-D-G chords? I’ve never like “head banger music, and I sure don’t want it invading country music.
Little Big Town has a good sound, but darn, they look more like a gospel group than a country one. Their harmonies are tight, but the song is strange: “I Don’t Want to Go Sober.” They won Group of the Year! Huh?
What I now write might be offensive or even heretical to some. For the life of me, I don’t see what the big deal is with Taylor Swift. She performed with a wonderful group that would have been much better had she not been a part of it. The girl “ain’t that special.” Her voice is flat and whiny, and all of her songs are the same. Her end will come when she no longer can find guys who will date and then dump her and then use that as the inspiration for song after song. How in the world did Taylor Swift win Entertainer of the Year three years before? Go figure.
I like Carrie Underwood, but her performance of new songs left me shaking my head in confusion. Just because a steel guitar or fiddle hits a lick in a song doesn’t make an otherwise pop tune country.
The show honored Kenny Rogers; he’s an old guy. However, I’m not so sure Kenny was actually the one recognized. The man they saluted sure didn’t look like the guy who sang “The Gambler” or “She Believes in Me.” The entertainers who sang his songs were some of the best in country music. That was nice for us old fogies.
The young folks are taking the reins of country music, but I’m not so sure how good that is. One of the best things of the night was the tribute to George Jones by Alan Jackson and George Strait. They added so much with wonderful, country voices and some wrinkles that come from experience and hard work. That was simple and good. Who said that music must evolve? The roots to Nashville country music grow deep in the traditions of the genre that foregoes too much meddling from outside.


I probably have watched my last CMA Award show. It’s just too depressing, and all this new stuff just makes me feel too old and out of place. So, I’ll close and crank up my iTunes featuring some of the old masters of country music.
2 comments: Links to this post

It’s those sounds from childhood that stay with us for a lifetime. Even when every curtain in the house was pulled and the only light on in the house was the one in the bathroom, we boys knew when Daddy came home. It was that sound of white gravels in the driveway crunching under the tires of a ’54 Chevy that announced his arrival.
My dad had little education, but he was wise beyond what he might have learned from books. However, a sixth grade education limited his options until he found steady employment at Southern Extract, a paper-making plant located in Lonsdale. Most Knoxvillians knew of the company’s existence because the foul smell that filled the air along the I-75 Coster Shop Bridge originated there.
Out the door we flew to greet him. Dal Rector wasn’t an overtly affectionate person. The truth is that I remember a scowl across his face more than any other expression. It came from a hard life running the cookers at Southern Extract, too little money in each paycheck, and poor health that came from the noxious fumes of chemicals used to make the paper products.
One of us boys retrieved the damp towel from the back floorboard of the car. It wrapped around his work clothes. His attempt to never bring the stench of the mill home failed because those clothes reeked with it. Ironically, that odor was met with a flood of memories after Daddy died, and we rolled our windows down as we drove by as if doing so brought back a little piece of him. 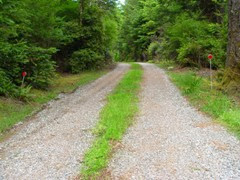 Those gravels crunched at different times during the day as shift work wreaked havoc on our family. Sometimes they sounded the alarm at 5:30 a.m. before the sun rose. We lay in bed still snoozing before rising for another day of school. His shift began at 7:00 a.m., but Daddy always liked to arrive early and ease into the work day.
The second shift had him leaving the house just before we arrived home from school. His arrival came after we’d gone to bed. For a week, sometimes longer, we never saw our dad, and Mother was left to herd thee boys to suppers, homework, and baths. I’ve often wonder how much strain that second shift placed on my parents’ relationship.
The sound from the driveway didn’t wake us, but on those late night occasion, a squeak from the kitchen door hinge announced Daddy’s arrival. Evenings would bring the sound of car tires rolling across those stones as he left for the graveyard shift. Winters often muffled the gravels as a snowfall covered the driveway and roads. Regardless of how bad the weather was, Daddy drove to work after installing chains that replaced the gravels’ crunches with clanks and thunks as metal hit pavement and wheel wells. He’d come home in the mornings and talk with us just a little bit before heading to bed. During summers we were cautioned to be quiet as he slept during the mornings and into the afternoons. Mother and Daddy bought an air conditioner for their bedroom window to cool the temperatures for sleeping and to drown out the noise from boys whose attempts to be quiet so often failed.
The deadly mix of cooking chemicals and a couple of packs of Winston cigarettes each day eventually laid him low. Even as he battled what his family doctor diagnosed as allergies but, in fact, was lung cancer, Daddy plodded across the yard, fired up the car, and drove to the work he’d done his entire adult life. Before long, those drives ended as the cancer ate away at his body and spirit. The last time we heard those gravels speak was when the ambulance hauled him to the hospital one last time.
After he passed, we boys would lie still in our beds and pray to hear the crunch of those gravels just one more time. It was a sound that had assured us as small children at a time when our family was whole. Nearly 50 years later, that crunching is still crystal clear in my memory’s ears.
No comments: Links to this post