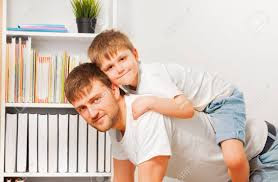 Barbara Bush passed away this week at the age of 92. She had a full, wonderful life that was filled with a stint as First Lady of the U.S. She also had a son who later became president. A second son was governor of Florida. Her husband was with her when she died, and her family now grieves for her, even though she’d had a long and full life. The fact is that our mommas are the individuals who mean most to us in this life.
Dads, don’t despair. Our children love us completely as well. They look to us for protection against the scary things under the bed; we’re the ones who serve as bucking bronco rides in the living room
floor in the evenings. Our sons look to us as the role model for their lives. If something breaks, it is we dads who puts the item back together with glue and duct tape. 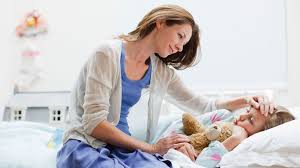 Still, the moms of this world are the folks who make life all right. When we were small, moms took care of us when colds or earaches or stomachaches attacked. They administered doses of medicine, and supplemented them with long hugs. Soothing hands rubbed our backs or heads, and laps provided comfortable places to ease the throbbing in our heads.
Mothers are the ones we went to when problems in school arose. Dads would more often prepare for war with anyone who troubled their children, but moms had a better tactic. They simply listened without saying a word to our woes, and let us tell all the horrible things details. Then, those women assured us. What followed were either words of sympathy or suggestions for dealing with the problem. On some occasions, moms traveled to the school, and there they expressed in the clearest of terms what they expected to be done to resolve any bad situation.
We men take home our girlfriends or fiancées to meet the family. Many times, those visits are made so that that our mothers can conduct the “smell test.” We want our moms to like the girls we’ve fallen in love with because, no matter what is admitted, what the women of our homes like matters to us. The lasts thing men want is to live in the middle of a mother and daughter-in-law battle. It’s a no win situation.
Most of all, children want to make their moms proud. Through so many years, those women worked to teach us what is wrong and right. They instructed us about making our lives full with a balance of 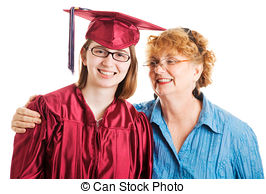 work and fun. Most of all, moms tried to encourage us to live life on our own terms and never to let someone else have sway over our thoughts or actions.

Not a day goes by that I don’t miss my mother. I wish I could have just one more time to sit with her and hear her voice. I’d tell her “thank you” for all the sacrifices that she made for my two brothers and me, especially after our dad died when we were teens. My dear wife has sometimes wondered if she has been a good mother, but that question is always answered when Lacey and Dallas parrot the words that she spoke. At other times, they let her know that she has been successful by the way they make decisions and live their lives.
Our moms are blessings from the good Lord. I hope everyone takes a minute to remember them or to tell them how much they mean. Mothers deserve such high and worthy praise.

I listened as Speaker Paul Ryan talked about his tenure as a U.S. representative He regretted that he’d not been able to tackle the problems with “entitlements.” The more politicians talk about entitlements, the more my hackles react. Yes, that means I am growing angrier about the rhetoric that the folks in Washington spew.
According to Merriam-Webster Dictionary, entitlement is defined as “a right to benefits specified especially by law or contract.” Most often, they are identified as Medicare and Social Security. The 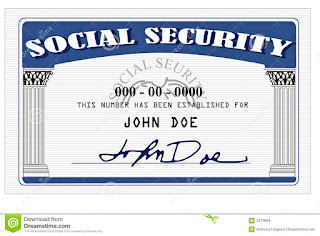 fact is that all of us have been paying FICA (Federal Insurance Contribution Act) taxes from each and every paycheck we’ve received over the years. These two things are considered entitlements, but they shouldn’t be viewed in negative ways.

A bit of research provides some interesting data. The average employee pays 7.65% of his or her paycheck into FICA. Employers pay another 7.65%. So, that equals a hefty 15.3% is going to Social Security and Medicare. If we calculate the average salary for an individual is $35,000 over his work life and that he works from ages 18-65 ( total of 47 years), then the total contribution to the system is $5250 a year and $246,750 over that 47-year period. The average employee in this country has contributed one quarter of a million dollars toward retirement and Medicare. 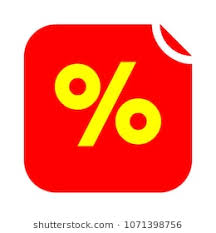 If the money were invested in typical financial planning products with a return rate of 10.3% (the average since 1970), the total contribution per individual would equal $4,516,150. That is what the government would have for the average person when he or she reaches the age of 65. I’m confident  Now, many of us don’t count on entitlements for our sole income. We’ve scrimped and saved to put away and invest just a little each month. If over our work life we have managed to average $100 a month, then we’ve amassed another $1,031,083 at 10.3% return. (http://www.bankrate.com)
that most of us could survive on that amount over the golden years of our lives.

No senior citizen wants to feel the sting of congressional comments that “entitlements are killing our country and will lead to its ruin.” Better management of collected funds could have and still can lead to better returns on investments of FICA taxes. Don’t say payments to citizens are entitlements in a negative way. As I understand it, the money that the government pays out is what we paid in. It is not citizens’ faults that our government has been such a poor steward of the money we entrusted to it. Yes, life expectancy has increased, and perhaps a rise in the FICA taxes are necessary to cover the shortfall that is occurring because the government hasn’t handle the money in our best interests.

A word of advice to those younger folks who don’t believe they will ever see a dime from Social Security payments. Take some amount of your income right this minute and invest it. Each time you receive a raise, put a percentage of it with the monthly investment. Make sure you are getting the best
rate of return on your money and DON’T touch that money unless a catastrophe befalls you.

Elected leaders, stop whining, complaining, and belittling and start making better decisions for everyone and the country. The funds we send for FICA should be more wisely used so that Social Security and Medicare can remain solvent for future generations.