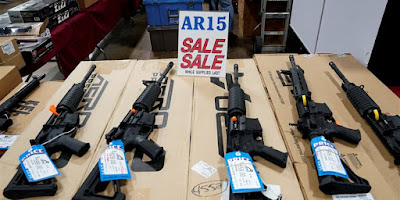 Another day brought another massacre of young people. Douglas High School suffered from the maniacal acts of a former student. In the end, seventeen persons are dead and as many have been wounded. The weapon of choice in the crime was an AR-15 rifle, a semi-automatic version of the military’s M16.
The use of this weapon in no way protected anyone’s family. Instead, the gunman used the assault weapon to mow down as many innocent students and teachers as he could in a limited amount of time. Perhaps he had a grudge against a teacher who had been in some way responsible for his expulsion from the school. Maybe he had felt bullied by another student, or maybe he just felt that the school had disrespected him in some way. So, instead of dealing with such difficulties with the help of someone else, the killer decided to wreak havoc and slaughter as many individuals as possible.
Guess what! No excuse for killing is acceptable in this instance. What is even less acceptable is that his buying an assault rifle was easier than buying a handgun. Yes, he bought this weapon legally. The question is what in the name of sanity is this country doing by allowing an 18 year-old to buy an assault rifle.


I defend the rights of individuals to own guns to protect their families or for hunting purposes. However, I will never believe that any person has the right to have possession of an assault rifle. The logical question is for what purpose does anyone use such a killing tool? Hunting with it destroys the game that would be food. Target practice isn’t much of a challenge when a weapon can disintegrate the object so completely. The only reason for owning a gun is that an individual is ready and willing to kill another human. The kicker is that a handgun or shotgun or single shot rifle can bring about the same results in the hands of a trained gun owner. 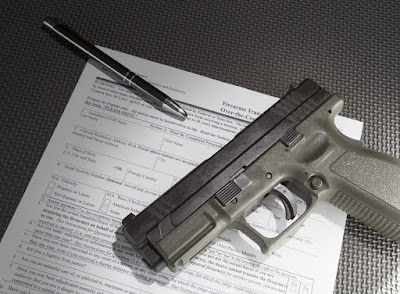 Yes, we need better mental health services provided for people. Of course, with the cuts in social services that have been proposed, giving that help might be difficult. Comprehensive background checks can help stem the flow of weapons to those who are not well enough to responsibly own one. Implementing stronger background checks is not an invasion of privacy. It’s time for this practice when 97% of the American people are in favor of it.
At the same time, this country needs to look seriously at taking assault weapons out of circulation. This is not an invasion of anyone’s rights to bear arms; it’s action to remove guns from our society that serve no purpose other than to kill. America represents about 4.5% of the world’s population, but we own nearly half of all the guns on the planet. Removing one type of weapon and the kits that can be used to make weapons semi-automatic will still leave plenty of guns for self-defense and sport.


The NRA would have us all believe that any attempt to limit guns is the first step in taking away all guns and our sacred rights. Logic tells us that simply isn’t true. Trying to remove assault weapons from circulation and doing a better job on background checks are steps to make our world a safer place without firing a single round. We have nothing to lose but much to gain?
1 comment: Links to this post

TALKING WITH NOTHING TO SAY

I admit it; I have a propensity to talk and talk. It’s not that the sound of my voice is pleasing nor is it that I have words of wisdom for the ages. No, I most often talk too much when I’m bored or nervous. In either situation, yapping like a dog is a security blanket for me.
These days, too many people are afflicted with the same problem that I have. Talk shows go on endlessly with guests who yammer about their latest movie or “project.” They bore audiences stiff until folks hit the remote control to find something a bit more interesting. Sports talk shows often

have so-called “experts” discussing topics. Around here, UT football is usually the hot topic of discussion. The prognosticators go on and on with their takes on developing stories. In the long run, many of these talkers have no more sources about things than the rest of us. They just have the hutzpah to act as though they do. I’m always amazed, and more than a little annoyed, at some of these folks who break down games and positions and coaching decisions without ever having played the sport, much less having coached it.

I’m tired of all the chitchat that is inserted into games of all kinds. The announcers do enough jawing; the last thing I want to hear is some piece of trivia from some sideline reporter. It’s even invaded golf this year. A female is now standing in front of an electronic board and showing us the rankings of some unknown player. I don’t care about that stuff. If a player is good enough, he’ll wind up playing for the Fed-Ex Cup. More interesting to viewers are the shots made on the course.
The news is especially irritating when it comes to talking. Twenty—four hour coverage is to blame. Not enough goes on in the world, so the same stories are run through shows. Different analysts are brought in to give their spins on the limited stories. This retread news comes on all news channels, conservative and liberal alike. When a story has been dissected a dozen times, announcing that it is “breaking news” is just a bit over the top, as well as being annoying. I am a news junkie, but sometimes I long for the days when Walter Cronkite gave us the news in 30 minutes. We found other worthwhile stories in the local newspaper. Sadly, Knoxville’s daily paper has little of interest to the general public; that news has been replaced with canned stories that the publisher uses for its collection of papers.
The emptiest talk comes from the mouths of politicians. They are so afraid to utter something that might offend voters that they use vague language that ends up meaning nothing. “Politics speak” enables elected officials to be on both sides of an issue. No, they never admit that they’ve taken a stand on controversial issue. Instead, they are always indicating that “more study and research is needed before proceeding.” Voters want these career government employees to tell what they believe; that way, citizens can decide who best serves them. This mindless, constant babbling is not found only in the hallways of Congress; much of it dribbles from the executive offices as well. Americans find it increasingly difficult to tell what is true and what is false because politicians specialize in never really saying anything.
All of us would do much better if we talked less and listened more. The problems that exist might more easily and quickly be solved. However, I don’t look for much change in the noise that comes from all of our mouths. Instead, we will continue talking without ever making a point.


Neil deGrasse Tyson, Astrophysicist, appeared on “Late Night with Stephen Colbert recently. Tyson is a favorite of many folks. In fact, the man has 2.4 million followers on social media. Although I am many times fascinated with the information he presents, the other night his talk depressed me.
What I paid attention to most was his discussion of dark energy. I think some refer to it as a black hole. I’m lost on the topic from the get-go. I thought all holes were pretty much dark, 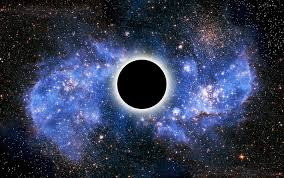 Before long, Tyson made a statement that shocked me. He said that the gravitational pull of dark energy would cause the universe to continue to grow and expand forever. Okay, since I’m not going to take any vacations to distant or, for that matter, near planets, I wasn’t too upset. However, Tyson said that the stars in the sky would disappear as the universe expands. In fact, the only stars that future generations see will be in the Milky Way. All the rest will be gone from view.
That’s when depression set in. No, I’m not worried for me nor for any of my family in years to come. However, at some point, those stars will be gone. Then, generations to come will wonder what the big deal was. They won’t understand song titles like “Don’t Let the Stars Get in Your Eyes,” “Twinkle, Twinkle Little Star,” or “Beautiful Star of Bethlehem.”
Stargazing won’t be popular anymore. Remember those times when we were young and we lay on the cool grass of a summer night and looked up at the stars? Looking above and trying to find formations of stars that were named by astronomers will be gone. I wonder if future generations will even be able to see shooting stars.
Many stars have already disappeared for many of us. Housing developments continue to spread like a cancer on hills and fields. When we were children, darkness arrived and seeing in front of us was almost impossible. However, we could look up and see a sky swarming with stars. With each new street light or subdivision, stars blinked out. Today, we have to travel to places far away from our homes to be able to see and grasp the concept of a star-filled sky.
I know this complaint is something about which I shouldn’t concern myself. The loss of stars isn’t imminent. Still, I know how wonderful they are and how much inspiration and curiosity have risen from them. Knowing that at some time in the extended future folks won’t have the same chance to experience one of the true marvels of the universe is a bit sad. Of course, if we don’t clean up this planet and take better care of it, standing outside might be impossible because the waters will cover the lands and the poisons will choke the skies. Maybe I should turn my energies more toward taking care of that problem first and let future generations worry about disappearing stars.