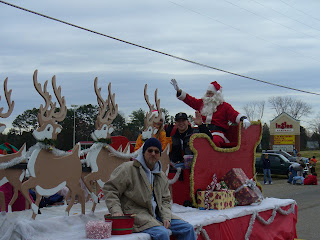 I love Christmas! The decorations set the mood, and I always look for events that feature plenty of Christmas music. One enjoyable thing is going to the malls after I’ve finished my shopping. Watching people provides hours of entertainment, especially when a bit of anxiety rises as they try to find presents for everyone on the lists. Despite the good parts of the holidays, I sympathize with the financial burden that people heap upon themselves during this season. Most of all, I hurt for them as they use credit cards.
The most infuriating commercials on television are those produced by the major credit card companies. Those ads show life going along splendidly. Customers merrily purchase items and pay for them by swiping their credit cards through the machine. Then, without warning, an individual dares to pull out a checkbook or, more offensively, cash to pay for a purchase. Things come to a grinding halt. The joy and smiles of all are replaced with looks of disgust and disapproval. The next person in line uses his credit card, and life returns to all things good.
Personally, those commercials offend me. I especially resent the message that is sent to the public. The idea that cash is evil is absurd. More ridiculous is the assertion that life moves along smoothly and all is well as long as people use credit cards.
What is a truer representation of life might come with the nightly news and reports of foreclosures on thousands of families who bought with credit more than they could repay. This nation is drowning in a sea of debt. At one time, the defining characteristic of the middle class was their ability to delay gratification until a later time, a time when they could pay for purchases. Credit cards have erased that trait and replaced it with a “buy now-pay later” one. We’ve become a society that wants thing now. So, we take those items from the store and borrow money to pay for them. Notice that I didn’t say “buy” because we don’t own those items; the finance institutions do. We probably will call them ours after we’ve made payments for several years.
Folks, credit can become an evil taskmaster in lives. Sure, most of us must purchase homes and vehicles with credit. However, we need to stop our endless buying of items with a plastic card. Waiting until we can pay for a new pair of shoes or a blouse until we have cash won’t kill us. To the contrary, we’ll feel doubly happy if we begin this practice. First, when we purchase something with cash, it immediately becomes ours; we don’t have to pay on it for months or years before we can take sole possession. Second, not being afraid to open a monthly credit card statement that tells us we’re in over our heads makes each day brighter.
These credit cards have taken possession of the modern world. When I was a boy, Mother and Daddy struggled over the decision to get cards from two department stores. They eventually got them, but they used them sparingly. In Daddy’s early years, he’d filed bankruptcy, a fact that ate at him for years. He and Mother didn’t rest until every cent of the original debt was repaid. My parents knew what the consequences of overwhelming debt were. Even though the debts occurred before he and Mother married, they worked as a couple to make things right. The end result was that my parents were frugal with the modest income that they had, and they sure didn’t want to fall victim to the powerful lure of a charge card.
Today, folks whip out credit cards to pay for ridiculous items. I can’t get used to someone handing a cashier a card to pay for a Big Mac, order of fries, and a Coke. College students deposit money in an account and then insert plastic cards into machines to buy cokes and snacks. The younger generation is being trained to use credit instead of cash. They think an endless supply of money is at hand; the shock is devastating when they’ve spent themselves in a deep financial hole.
Christmas this year will be more enjoyable if we all try to make it totally “green.” Without the red of debt, January will mark the bright beginnings of a new year instead of the despair of credit card payments.
No comments: Links to this post

Christmas season is fast approaching. Of course, we need to get past Thanksgiving first, but close on the heels of “turkey day” is the biggest holiday for many Americans. I dread this time of year because it requires the uncovering of boxes of decorations for the Christmas tree. Also placed on every nook and cranny are some cute little holiday figurines. As I recall, however, some of my worst times during the season of cheer have come when I decorated the outside of our house.
Adults know that most of our decorating is done for our children. We probably would have a tree and a few ornaments, but nothing like the extravaganza that we lay out for the little ones. When Lacey and Dallas were little, I broke out my skill saw, jigsaw, and drill to make some outdoor decorations. I drew up elaborate plans for the things to be constructed, but when the time came to construct those items, I was in trouble. After spending the better part of two days in intensive labor, the end products turned out to be nothing more than lollipops and candy canes. I nailed stakes to their backs and stuck them in the ground in the front yard. For two years those things were out during the holidays. Then I realized how ridiculous they looked and put them on the burn pile. My children weren’t at all upset that Daddy’s creations disappeared.
Along with those suckers and candy canes, I used to string lights across the front of the house and carport. We first used the small lights, but later graduated to those icicle-looking ones. The last couple of years, I hung lights with huge bulbs colored blue, red, green, and orange because they reminded me of Christmas when I was a kid.
Running strands of lights along the gutters is a job that takes patience, skill, and ingenuity, three things of which I am void. The first couple of hours I always spent untangling all the runs. Yes, I neatly put them away at the end of each year, but some gremlin must have broken into the storage building to tie knots in the lines. The front of the house is seventy-five feet across, and the separated carport is another twenty-five feet, so numerous strings of lights were needed.
The next bit of frustration comes when a set of lights wouldn’t work. Discovering if a fuse had blown or which bulb in the circuit needed to be replaced always ended in the loss of my temper. The words I uttered weren’t at all in keeping with the spirit of the season, and more than once I ran my children and neighbors indoors with my rants. After searching for what seemed and eternity, I deposited the old lights in the trash and drove through horrendous traffic to the local Wal-Mart to purchase new sets. It was better to spend the money on new lights than on an ambulance when I dropped from a stress-induced heart attack.
Actually attaching the strands of lights to the gutters was a dangerous feat. I’d climb the ladder and secure hangers to the aluminum troughs. As I worked my way down the front, the yard sloped severely and became uneven. That not only meant that I had to extend the ladder to reach the gutter perched some twenty feet off the ground but I also had to level the legs of the ladder. At one point, I had two two-by-four blocks and a brick under one leg to keep the thing level. I said my prayers the entire time and offered thanks when the job was done.
The last problem I always had was making the strands look neat when I joined them end-to-end. I’d tape bare sections of wire that had plug parts. When that task was finished, I next had to figure how to connect the lights to extension cords. The yard, driveway, and garage all became hazardous with cords running in every direction.
I haven’t hung lights in several years, but that’s changing. Our new porch makes putting them up much easier, and plenty of outlets reduce the need for so many cords. Besides, Lacey and Nick are expecting, and I need a trial run to see how to get things right before next year when a little one is around for Christmas. Prayers that I can complete the job without injuring or killing myself are much appreciated.
No comments: Links to this post