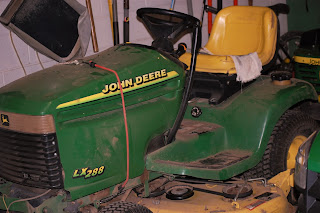 I “had” to buy a lawnmower the other week. Oh, it wasn’t because I didn’t have one already. In fact, two riding mowers are in the basement.
My older brother and his wife bought the first one a year after my mother died; they did so that I could keep the nearly 2-acre yard mowed. That was 21 years ago. The mowing deck is worn out and
pulleys scream as if they are being tortured.

The other one is much younger, perhaps 6-7 years old. It is a zero-turn mower, and I loved it…for a while. First, something went wrong with the deck. The John Deere store owner who sold me the machine told me the deck was damaged because I ran water on it when it was still hot. DO WHAT? I asked him how that could be since a built-in nozzle is located on the deck for cleaning. After a tirade laced with profanities, he told me he would take a few bucks off the price to fix this deck that had only gone out of warranty one-month prior. Rest assured that I won’t buy another mower for this business. 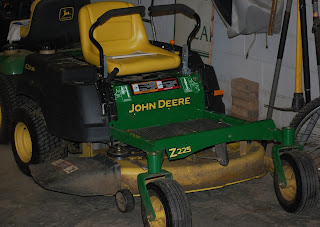 A little after that, the motor began smoking. I took it to a couple of mechanics who either couldn’t figure out why it was losing oil or said the motor was faulty. I can’t say that I was too surprised after the debacle with the mowing deck. For the last couple of years, I’ve survived by pouring oil into the motor before every use. The other day, however, it sputtered, coughed, and died. Since then, the mower hasn’t started.
So, I was forced to go buy a new mower. Sure, I have a push mower, but it’s not the machine of choice to mow my 2-acres. The struggle deciding on purchasing another zero-turn mower or a regular lawn tractor was difficult. The determining factor was price. A zero-turn mower with a comparable engine and deck size was $2000 more than the tractor. You can bet that I looked at every possible zero-turn make and model that might have done the job, but in the end, I just couldn’t afford one.
This new lawn tractor has a 25-horsepower engine with a 48-inch cut. It sits me up as if I’m the king of the neighborhood. Still, it has some items that are useless. A cup holder is one. I’ve never put a drink in one of those things without having most of the liquid splash and spill. Another little compartment appears to be for holding sunglasses or small tools. Two lumbar support buttons are on 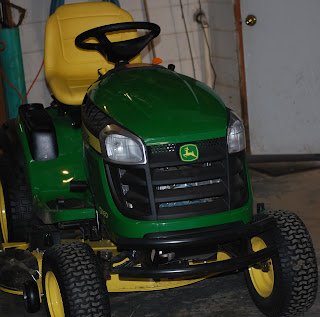 the sides of the seat. Really?  I’ve discovered over the years that nothing is going to stop the beating that my butt and back take as I mow some parts of my yard. Much of the machine is made of plastic.

I’m pleased that I once again have a mower that will handle the demands of my yard. I hope that the deck holds together since it, too, has a nozzle for connecting a hose for cleaning. I also am keeping my fingers crossed that the motor will hold up as long as the one on my old mower.


I’m keeping the other mowers. At some point, I’ll replace the motor on the zero-turn since the deck is not too old. Then I’ll have two mowers to handle all my mowing chores. When the oldest mower’s deck gives up the ghost, I will use the tractor for pulling a cart, de-thatcher, and aerator. Every man understands this strategy because we all love our outdoor toys.
No comments: Links to this post 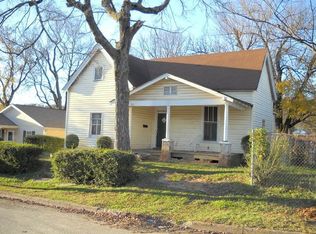 Well, it appears that July 4th fireworks took on a new meaning in Lonsdale. Officers were attacked when they tried to stop individuals who thought firing the explosives at cars passing by would be more entertaining. According to reports, the fireworks weren’t the traditional firecrackers or sparklers or even cherry bombs. These were the 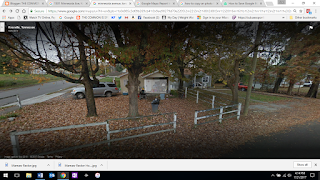 ones that are used to light up a celebratory sky.

Now, before anyone takes offense that I wrote disparagingly about Lonsdale, read on. My dad worked at Southern Extract from the time he got out of the army until he died some 30 years later. His parents
lived on Louisiana Avenue for years. My grandmother later moved to a house on Minnesota Avenue, and then she even lived in an apartment in College Homes. I spent hours walking the sidewalks in Lonsdale, a treat for a young’un from the country, and about once every month, Daddy loaded us boys into the car for a trip to Cooper and Baldwin’s Barbershop on Tennessee Avenue for a buzz cut. (He always told us he “didn’t like anyone with long hair and dirty shoes.”)

So, I do have fond memories of the community, although I know it has drastically changed over the past few years. Many factors have caused those downturns, but the government hasn’t been the only contributing agent. I don’t pretend to understand the problems of inner-city living and poverty; I’ve been blessed with a good life.
What has my blood boiling is the behaviors of those in the crowd on July 4th who attacked others. Then some of the morons, yes, I mean “morons,” attacked an officer who was attempting to apprehend one of the perpetrators. These folks cry for help in protecting their neighborhoods, but 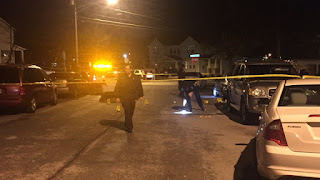 then turn on the very ones who are trying to do so. What gives?

I’m also blown away at the lack of respect for law enforcement officers who place themselves in life-threatening situations to make communities safer places. Yes, officers do sometimes make mistakes, but overall, police officers do wonderful, heroic jobs that deserve our appreciation and admiration.


Our country suffers right now from a lack of respect. Too many of our countrymen don’t understand what the word means. It is an act of showing acceptance and thanks and admiration to others who have put something bigger than themselves first. Respect also deals with appreciating the sacrifices that individuals make in order to protect the weaker of us.
No comments: Links to this post