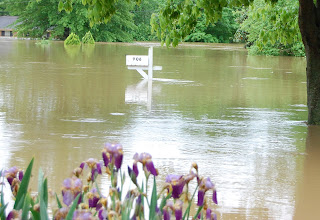 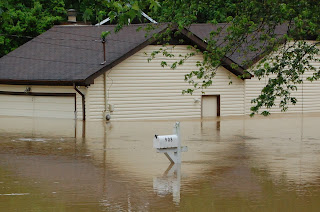 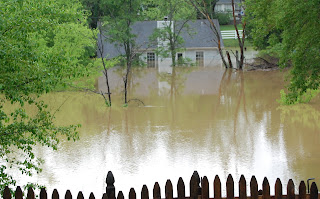 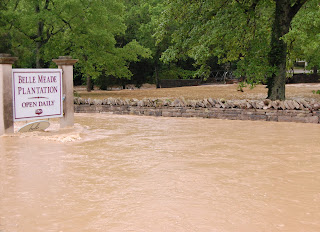 Don't forget that May 1 is the anniversary of the Nashville flood. It was a rough time for our fellow citizens in the mid-state area, and remember that they did most of the clean up and rebuilding with little help from anyone outside. I'll never forget that weekend because I was in Nashville trying to celebrate grandson Madden's birthday on the 1st. What a ride!﻿
No comments: Links to this post

It’s tough to be a student in today’s public schools. Yes, kids must deal with social pressures, bullying, and home problems as they try to succeed in the classroom. However, what causes most consternation is the never-ending string of tests that students must take during their years in K-12. 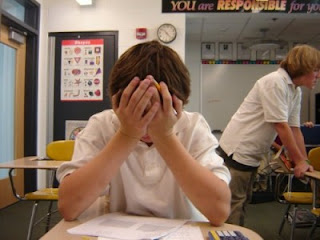 Students begin the test circuit as early as the third grade. From that point on, every student in grades 3-8 is subjected to yearly T-CAP Achievement Tests. Long before the exam is given, schools begin sending home “strategies” of taking the test. Lots of sleep, exercise, and practice problems at home are suggested. In the classroom, teachers pour on the practice tests to ensure that students are familiar with the layout of the tests and the kinds of questions and problems that make them up. By the time the test week is finished, school personnel, parents and children are exhausted mentally, physically, and emotionally.


In the 5th, 8th, and 11th grades, students are given the TCAP Writing Assessment. The youngest write a narrative (story); middle school students write an expository (explanation) paper; the high school students write a persuasive (argumentative) essay. The child is expected to write a completed rough draft within in a limited time period, usually 20-30 minutes. Teachers are to have portfolios for students with several “practice” essays of the appropriate kind for the grade.


During the 4th, 8th, and 12th grade, students are to take the NAEP exam. This one measures student knowledge in math, reading, and science. Again, teachers administer practice tests throughout the year to prepare their students for the test that is to come.


Eighth graders also take the Explore test. It’s the middle school version of the ACT exam that is mandated by the state of for most students. Tested areas include math, English, reading, and science. As sophomores, students take the PLAN test. You guessed right. It’s another exam that tests the same four areas. During the junior year, students can take the PSAT. It’s a practice test to get teens ready to take the SAT exam the following year. Of course, the ACT has been added as a graduation requirement for high school seniors. Vocational students can opt to take the WorkKeys exam instead.


For high school students, these tests are in addition to the EOC (End of Course) exams that are administered during the last week of each semester.


By the time a student exits the doors of public schools, he or she is exhausted from the onslaught of exams that systems and states require. The bigger question is what have students lost as the result of being constantly tested? Also, how valid are the scores on some of the required exams?


The writing assessments are serious for teachers, but not necessarily for kids. Teachers are evaluated based on the success of their students. However, only marginal weight is placed on the scores of the test, so many students simply don’t try to do well. Besides, how realistic is it to expect students to write well in such a short amount of time? On one occasion a student received a grade of 3, which meant he needed remedial help in writing. The problem was that he failed to complete the paper in the short time period. How valid was this grade? The same student made a perfect score on the SAT, went to a prestigious college in the northeast, and chose to become a teacher. All that, but he was a failure on the TCAP Writing Assessment.


This idea that all students must take the ACT is another ridiculous idea that only looks good on a superintendent’s goals and objectives list. In reality, many students who have no intentions of attending college put little or not effort into the test. The scores are skewed as a result. Just like the EXPLORE and PLAN tests, the ACT adds costs per each one taken to the school budget. In many cases, it’s a waste of money that could be spent elsewhere.


The big question is when will we allow kids to be kids? Don’t hand me the hogwash about American students falling behind those in other countries. public schools educate the masses. When we begin to restrict schools to the few brightest kids as other countries do and then record their scores, will rank with the best. Our children’s education should include more than the basics. It’s important to include art and music, and the classroom is the ideal place for conversations and the sharing of ideas. Like the song by Billy Dean says, “Let them be little ‘cause they’re only that way for awhile.” Let’s give them a better education than one that revolves around tests.

You won't believe the latest example of out-of-control parents on the This and That page at www.joerectorbooks.com. Check it out.
No comments: Links to this post 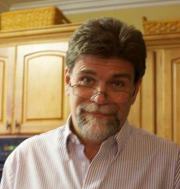 See the take Michael West has about baseball. It's short...but solid. Check it out on www.joerectorbooks.com.
No comments: Links to this post

Struggles for money are the norm in today’s economy. However, some places seem to be doing just fine and even have too much money. If you don’t believe it, look at what some local high school athletic programs are doling out cash on.

installed a new synthetic field (turf) at its football complex. Now get this. The football coach was excited that players and coaches won’t leave the field dirty after practice or a game. Really, that’s what the man said! Evidently, Coach Randy McKamey didn’t play the game in the ‘60’s and before plush fields were a must.

Officials at the school state that the field will save money over the long haul as maintenance costs will be nearly nonexistent. I don’t believe that for a second. Nothing is maintenance free. The coach also said that “it's nice to be in an environment where you can control the conditions."

First of all, no one controls conditions. Sure, his players won’t get dirty playing football anymore. However, they’ll still get wet when it rains, and they’ll get cold in the later weeks of the season. This surface will be slick when it’s wet, and it will inflict some road-surface like abrasions on players exposed skin, as do most artificial surfaces.

We’re supposed to believe that the field was a bargain at $350,000. I’m not so sure how anyone can call something that costs over a third of a million dollars a bargain, at least not for a high school program. My question is where are the funds for the new carpet coming from? I’ve seen the crowds at the school’s games, and it will take gates from the next fifty years or so to pay for it and the equipment that is required for the program. Could Grace Christian have designated those funds to something more altruistic?

Catholic High isn’t about to be outdone. It, too, will install synthetic turf on its field and be ready for the 2012 season. In addition to the turf, 200,000 pounds of silica sand and 300,000 pounds of crumb rubber fill will be purchased. Athletic Director Jason Surlas says that the band, dance team, soccer team and lacrosse team will also use the field. I’m sure that before this new cover was installed that those organizations found other places to practice. They will use this new field as much as they used the existing football field. Surlas also lauds the savings from not having to buy seed and fertilizer and not mowing the field. It sounds a lot like some people are tired of putting in the work necessary to keep the field up. Again, where might have Catholic High better used this wad of cash? By the way, the school refuses to make public the total cost of this new field surface.

is the third school to install an artificial field. The school’s reasoning is that drainage problems have forced them to install the turf. However, they also state the problem has existed for 50 years, but just now it’s become pressing. I wonder what made it so much worse so soon, even though the system’s plans called for addressing the drainage issue sometime between 2013-2-15. The project will cost $500,000.

Maryville High is also installing a large screen television on top of the scoreboard. It will be used to sell advertising, what some call “easy money.” It seems evident that the school system is more intent on revenues for this football program than anything else. All other schools in the system must have every thing they need to offer a superior education to any other system. Otherwise, school officials would surely use a half a million dollars for more important things like student education.

In all three of these cases, the schools have too much money and too little vision. They’ve taken a simple game of high school football and elevated it to the level of colleges. These new surfaces serve as blatant recruiting tools as the schools attempt to draw the most talented players in the area to their programs. At the same time, they throw large sums of money that could be used for other pressing areas on less important things. and are directly tied to Christian organizations and institutions. Shouldn’t money for football fields be directed toward feeding and clothing the poor, taking care of the widows and orphans, and giving a helping hand to the otherwise needy?

Oh, I forgot. This isn’t about education or religion or compassion. It’s about keeping players and coaches clean after practices and games.
No comments: Links to this post

More crazy parents and criminals invade the baseball diamond. Checkout the latest video link on www.joerectorbooks.com. Is it possible that lots of people could benefit from reading a copy of No Right Field for My Son: A Dad Pushes Too Hard? I think so. Your turn.
No comments: Links to this post

Visit www.joerectorbooks.com when you get a chance and view the YouTube video of parents making fools of themselves on youth sports fields. It's more than disturbing. 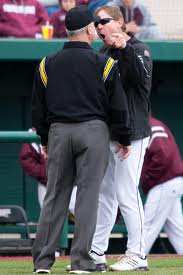