I’m sitting on the couch and watching the rain fall. The weather is too cold and raw to travel outside for some kind of activity like mowing the leaves for the eighth time or taking the dogs to the park. Instead, I’m doing my best imitation of a lump. At the same time, I’m stuffing my face with one food after another. Yep, I’m in training for the holiday eating. I’ve done it for years. 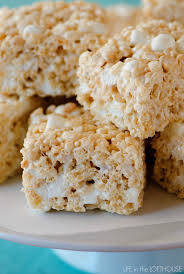 Mother began her food preparations soon after Thanksgiving. She stood at the stove and stirred her fudge concoction. It always looked to be a chore as she mixed the stuff the way I’ve worked concrete; however, I’m positive that that her fudge was tastier than my walkways. 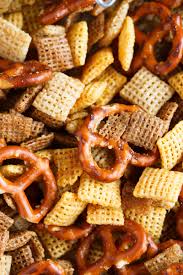 She also made peanut brittle and a candy she called “divinity.” I never
cared for the stuff, but neighbors who received a container of it raved.

Other snacks littered the table. Loaves of pumpkin bread and zucchini bread were stacked in one corner. Rice crispy treats stayed fresh in a large Tupperware container that was so old that the plastic
no longer was clear. The top was worn from hundreds of openings. Another huge tub was filled with “nuts and bolts,” Mother’s recipe for Chex mix.

Always believing that dessert was an important item for holiday meals, she baked at least two pumpkin pies. Days before Christmas dinner, she baked a white cake and then iced it with coconut and cream sour cream icing. The whole thing stood almost a foot tall, and it sat in the refrigerator so that 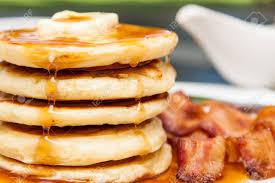 the cake could soak up the icing and make the entire cake a heavenly delight.

The real eating began Christmas morning. When we were kids, Mother made pancakes and bacon for breakfast. We left the table in a semi-diabetic coma caused by rivers of syrup on stacks of carbohydrates.
When all family members arrived that afternoon, dinner was spread across an extended table, on kitchen counters, and even on a table on the screened porch. All filled their plates with mounds of food that included 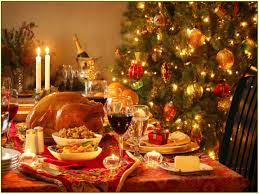 turkey, ham, dressing, mashed potatoes, gravy, and rolls. Not a tinge of green was visible on most plates; people swore that vegetables only took up room that was better used for heavy food.
Everyone finished and searched for a comfortable chair or couch where they could moan until sleep overtook them. In no more than half an hour, the kitchen was again alive with people looking for dessert. After that, the crowd thinned and left a mountain of dishes to wash and tons of leftovers that we attacked before going to bed Christmas night.
I don’t eat as much as during my youth, but I can still put large portions away. With a month of training on all sorts of snacks and extras, I’m ready to eat attack that big meal, loosen my belt, and have a holiday nap.
May your Christmas be filled with plenty of food, family, and fellowship. I’ll see you at the YMCA with the arrival of the new year.

Thanks to one group or another, Christmas celebrations are now under attack. Even with enormous amounts of energy spent to stay out of the fray, I’ve finally had enough. That means I’m coming out with guns blazing.
In 1964 when I was twelve, the special “Rudolph the Red-Nosed Reindeer” aired during prime time. It was an animated show that featured the reindeer, Santa, Cornelius, and Hermey. The original song 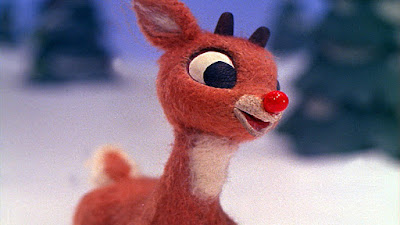 fit the narrative; however, an elf wanting to be a dentist, a prospector, and a surly monster, and a doe girlfriend were added to the show to more fully develop the plot.

After 54 years of airing a Christmas special that adds to the season’s joy and brings memories rushing back to millions of adults, critics have now decided what is a favorite program for many of us is nothing more than a display of bigotry, racism, homophobia, and abusive behavior. Give me a break.
Yes, plenty of those things exist in our world every day, and each of us should do his best to fight those social ills. With that said, it is absolutely absurd to view “Rudolph” and attempt to convince the public that it’s filled with such terrible things. Surely these evaluators can find something better to do with their time than to bash a children’s Christmas show. 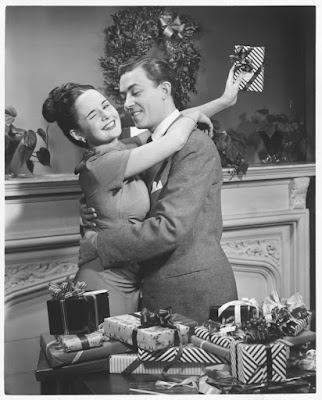 If that weren’t bad enough, another group has attacked the Christmas song “Baby It’s Cold Outside.” A Cleveland radio station banned the song as too offensive for 2018 airing. The Urban Dictionary tags the song as the “Christmas date rape song.”
The 1944 song lyrics present a man who is trying to keep his date from leaving. She says “no” to all of his objections until the end when she decides to stay for a little longer. How in the hell is that “date
rape?” What critics are saying is that women are helpless beings who are incapable of saying “no” and meaning it. In no place does this song present the idea that a man sexually attacks his date. He does what men have done for years: tries to sweet talk women. I figure women are truly wise enough to keep from being tricked by that.

Folks, all sorts of bad things exist in our world. They have for all time. I despise racism; homophobia is a ridiculous reaction to those who live different lives; abuse of wives, children, workers, or animals is abhorrent. Rape is a crime that should be taken seriously and one that our court system must address with swift punishment.
What is unacceptable is the rise of something that is every bit as harmful to our society. Political correctness is a result of overly sensitive reactions to events, words, or programs. Sure, some things just shouldn’t be said, and some things shouldn’t occur. The kicker is that these people who make a living as world-wide censors are causing all of us to trip over ourselves to keep from hurting anyone’s feelings. They go to battle over such ridiculous things as labeling a child’s Christmas program or a Christmas season song as wrong, hurtful, and unacceptable. Who died and made them the final authorities over what is appropriate?
Okay, some of you find programs on television or songs on the radio offensive. I agree that you have the right to that opinion. At the same time, millions of folks love those same things. How can the problem be settled? Don’t tell me that my children shouldn’t be subjected to such things; that’s a ton of bull poop, and you don’t get to make that decision. If these critics are so upset about “Rudolph the Red Nosed Reindeer” or “Baby It’s Cold Outside,” they have a remedy available. Turn off the television and don’t watch or hit switch on the radio to a different station and don’t listen.
Leave my Christmas season and favorites alone. I assure you neither of them promotes any kind of social or criminal intentions in my life. I hope critics can figure out a way to enjoy at least one part of the season without being offended. If not they will find the world in which they live is cold outside.

Amy, Dallas, and I sat down the other night to watch the first episode in a Netflix series about dogs. Of course, granddog Harvey and our pooch Sadie watched with us. Every bark led to their ears perking up and their heads looking around the room in search of a fellow canine. The show was about service dogs, and Dallas and I could only take one episode at a time. Our emotions seemed to have gotten the best of us.
Most people know that there’s something special about dogs.  A puppy makes even the grumpiest person smile; I should know because my family tells me I am that obnoxious person. The majority of folks have more positive views of those little four-legged creatures than they do of the  two-legged variety. Dog lovers delight in snuggling with a pup, and nothing quite matches the softness of a little dog’s fur.
We dog owners know the value of a mutt. The truth is that all dogs are service dogs. They keep many of us sane when our worlds are spinning out of control. A short session of having dogs sit by our
sides eases the tensions and stress that build as we go about our jobs and relationships. When those times that we lose someone close come, dogs are sometimes the only living creatures that allow us to grieve unchecked until we recover.
A child never finds a better friend than a dog. It is always glad to see her, and playing for hours on end never grows boring. A dog’s energy also can outlast a parent’s. A nap is much easier to survive when a stinky, shaggy dog is curled up in the crook of a tiny body. No dog ever resisted the chance to lick a “boo-boo” until it felt better. That dog becomes the best security guard. Any attempts to hurt a small person will result immediately in the sinking of teeth into a culprit’s arm or leg.
We older folks love our dogs as well. Just sitting on the couch and watching television is satisfying, as long as the dog is there. We swore we’d never have a dog in the bed with us, but somehow, they wormed themselves from the floor to the foot of the bed to a place between couples, and the hounds always stretch out their legs so that they become the worst of all bed hogs.
What is saddest of all, we tend to lose those animals that we love every bit as much as another human. Their lives are so short, and when they die, we grieve as much as we might do if a family member passed. Years of memories flood back to us the same way they do with our children or our spouses. The loss of a dog leaves us not quite knowing what to do. Our daily routines are interrupted and seem empty. The pain subsides, and then we go out and do the whole thing over with a new pet.
My wife says that dogs are God’s gift to us to make our lives better. I agree, even if they dirty the house with paw prints and hair. I hope heaven if full of dogs.