My two grandmothers were as different from each other as were their families. They’ve both been gone for a long time, but their memories linger.
Mamaw Balch was a small woman. She bore three sons and a daughter. She was a Cureton, and as such, her approach toward life seemed to have been on of no-nonsense. Mamaw worked hard just keeping up with cooking food for hungry boys and her husband. They lived on a large farm in Ball Camp for a while. The boys were up early to milk the cows, and when they returned home, the table was covered with eggs, bacon, biscuits, and gravy. As soon as the meal was finished, she jumped into the middle of her daily chores and preparing lunch.
I don’t remember the woman smiling. She wore a permanent scowl. It seemed that her joy came from her bible and the radio located in the small living room of their house. She read that bible each day, and she studied the words that it offered. Although I’ve not spent anywhere near the amount of time that she did in reading the “good book,” I have taken a different meaning from it. Mamaw saw life as something hard; people endured their time on earth and kept their fingers crossed that the next life would be better. Her religion was hard as well. Christianity was filled with guilt and self-deprivation. Woe unto those who enjoyed life too much because they surely must being doing something sinful.
This small woman suffered with heart trouble and passed in the early 1960’s. I was sad when she died, but that was more because my own mother was so grief stricken. Mamaw’s death left my grandfather lost, and I realize that small woman was, in fact, the strongest person in the family.
Mamaw Rector was much different. She wasn’t as short as my other grandmother, and she was heavy. Her frame supported generous amount of flesh, and I recall that her arms were round and flabby. Her nose was in a shape that the Clevengers (her maiden name) passed to each generation. Mamaw wore a frown most of the time, but she was apt to be talkative when company came calling. Her stockings reached only to her mid-calf where she neatly rolled the rest of them.
I’m not sure just how much work she did. At one time, Mamaw worked at the porcelain factory at the edge of Lonsdale, where she lived, and yes, she cooked. Other than that, I ever saw her do much of anything. From what I heard from other relatives, her family had tough times. My dad quit school after the sixth grade to help make ends meet. Maybe she’d worked so hard for so long that she didn’t have the energy to do anything else.
This second grandmother was a bit more fun. She had a sense of humor and loved to tease with us boys. On a couple of occasions, she traveled out to the country to babysit. For the whole day, we sat at the kitchen table and broke beans. She’d tell stories and listen to our silliness with the patience that I’ve never mastered. Mamaw knew my older brother smoked, and she gave him money so that he could walk to a nearby store to buy cigarettes.
Mamaw Rector watched her soap operas every day. She would sit in her chair and watch for hours. Beside her at all times was a gallon tin can. In it she spit the makings from a lip loaded with Bruton snuff. With her lips coated with the dark liquid, she always demanded a kiss before we left. She also made a point of always complaining. We rarely asked her how she was because the question caused her to recite a litany of ailments.
It’s been fifty-plus years since my Mamaws were alive. I see them much differently now and have more admiration for them. They were women who loved family and did the best. I hope my grandson will remember me fondly fifty years after I’m gone.

DEALING WITH THE RAIN 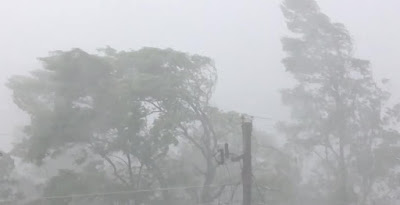 At some point in January, the local weather forecaster on one station declared that Tennessee was experiencing a drought. I hope that after the last month that he will now declare we’re caught up on the needed rainfall. Downpours have made yards soggy and floors muddy. Most of us are over it and ready for at least a little dry spell.
When we were children, the rain rarely proved to be a bad thing. We found indoor activities to keep us occupied. Jim and I would flop on the floors and play cars for a while. That activity was followed by attempts to build cabins with Lincoln logs. We’d spend long periods of time trying to construct things, but those attempts always ended in frustration. One reason for the bad feelings was that we just didn’t have the natural talents to put together what was in our minds with what lay before us on the floor. Another cause for consternation was the discovery that vital pieces of logs were missing. We always assumed that someone had stolen the things without considering the possibility that our own failure to pick up the toys and put them back in the can led to their disappearance.
In warmer weather, we took up residence on the front porch. Our arms were filled with toys, and we also had our guns. Those items ensured we’d have plenty to do. When the toys bored us, we took up six shooters and played cowboys. As “Hank” or “Tex” or “Bart,” we took cover behind columns and mowed down outlaws or Indians. Each shot was accompanied by sound effects to imitate the firing of the guns.
In summer, a steady rain offered cooling relief from the heat. No air conditioning was available in our house, so playing in the rain substituted for it. Jim and I often found a mud hole. We scooped the stuff up in our hands and then patted it out on the grass. Before long, we had a dozen of the things laid out, and we’d pretend they were pies or cookies but never sampled any of our own creations. Before long, 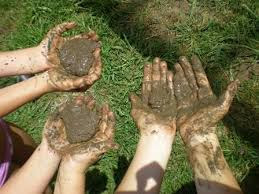 that game bored us, and those mud patties turned into mud balls. We hurled them at imaginary enemies or separated and threw at each other.

The rain wasn’t always welcome. Summer swimming meant trips to Concord Pool. The trip was planned several days in advance, and because adventures like this were infrequent, we stayed all day. Picnic baskets were gathered, and we boys readied our swimsuits and any toys or water masks that we might need. If rain wiped out our trip, bottom lips hung low with pouts and moods were less than merry.
The same ill attitudes occurred when our baseball games were rained out. Mr. Wright hauled all of us to the old ball fields beside Karns Elementary School for contests. I visualized my catching fly balls or smashing a homer and rounding the bases, both things that were mere pipedreams. A sudden shower would steal my delusions of heroic performances and leave me having to until the next week.
I don’t mind some rain. In fact, sitting on the screened porch and reading a book is especially nice on some sweltering summer days. However, I still pout like a six-year-old when precipitation pre-empts my plans for mowing the yard or swimming in our pool. Yes, I know that it’s somewhat ironic for rain to postpone an activity that includes dunking my body in water, but keeping towels and books and snacks dry is impossible in a downpour. No one ever wants to experience a drought, and I’m thankful for the rain; it’s just that too much of it at one time drowns plans and spirits.