July 4th is one of only a few days that has become a national holiday. We Americans know how to celebrate it with style. We spend bundles on explosives that fizz or whir or boom for a few minutes, 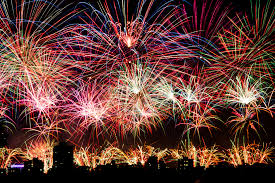 and all we’re left with are aching ears, smoke-filled eyes, and empty pockets. Still, we think we know a good time when we see it.

At the same time, folks across the country take the opportunity to share the day with friends and families. Some neighborhoods even come together to share food and fellowship and then top the day off with those
fireworks displays. Nothing is better to eat than hamburgers, hotdogs, and potato salad, all washed down with a variety of beverages, both sugary and alcoholic. It’s a glorious summer day of celebration.

The fact is that Independence Day is something much more than Boom’s Day. This is the one day when each of us should think about what freedom means to the life, breath, and survival of our country.
I’ve heard about as much as I can stomach about the Constitution and Bill of Rights from folks whose 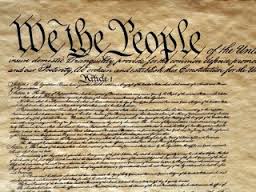 main agenda is winning an election or taking over power in our government. The Constitution is like the bible; both are subject to personal interpretation, and every person can read into them what he or she thinks will provide an edge. Neither the right nor the left has all the answers. I’m pretty sure that none of us knows all that the founding fathers had in mind as they cobbled together the Constitution. So, let’s put a stop to those who declare that only they have the right answers.

If we are to be a nation that declares it offers freedom, then it’s time make it available to all Americans. That means that we have to accept as fellow citizens the Hispanics who have deep roots in the country. It means that we have to include citizens who have different beliefs in religion. It means that folks have the same rights to the good things of this nation, even if their lifestyles don’t jive with ours.
Something else we must remember is that one person’s rights end where another’s begins. No, you do NOT have the right to do whatever you want because your actions might offend or encroach upon the lives of others. Living in the U.S. is a privilege; I suppose it’s like winning the lottery. We citizens of 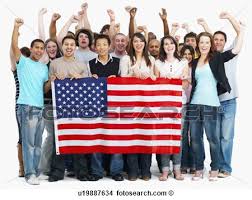 this country are caretakers of it; we are charged with the solemn duty to make it better than we found it. That means making the country a place that does offer the last best hope for mankind. Of course, in achieving that lofty goal, it follows that individuals from other countries will want to make their ways to America so that they, too, can share in the bounty.

We can have differences of opinions. That’s one of the most wonderful things that goes with the U.S. I can spout my beliefs and you can do likewise. However, at some point, it is incumbent upon us, and especially  on the elected officials whom we send to Washington, D.C., to stop the debate, roll up sleeves, and find common ground. Stalemates like we’ve seen the past few years have done nothing to make this country greater; to the contrary, they’ve led to divisiveness and hurt feelings and polarized sides. I contend that what’s been going on recently is the antithesis of what our founding fathers had in mind. 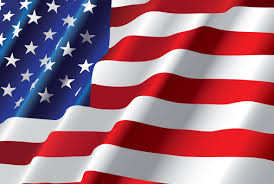 So, enjoy July 4th. Eat, drink, fellowship, and bathe in the gifts that the country bestows upon us. At
the same time, remember that this country deserves our best acts to keep it the shining beacon to the rest of the world. We all might bow our heads and ask for just a bit of guidance on how to do that before the holiday is over.
No comments: Links to this post

On “60 Minutes” the other Sunday, a young boy played jazz piano with the stars of the genre. He amazed even the pros with his abilities to understand the music and to include his own interpretations, something difficult for most seasoned veterans. Last weekend, I traveled with other church members to Marion, VA, to work for Project Crossroads. The skills that my friends possessed amazed me and led to the construction of a large shed that was almost perfectly level and plumb. What I realized is that each of us has talents that wait to be developed.
The first part of the task is to identify exactly what our talents are. My wife Amy is a born problem solver. Our daughter is a creative person whose abilities have served her well in working in the music industry. Our son Dallas is a kind, sincere, and dedicated person whose leadership abilities are evident to all.
Each person has a special talent; no arguments about that can convince me otherwise. The good lord blessed us with those talents; one person might be a good listener while another might be good at fixing things. A quick inventory of self and the things which spark excitement in us leads to identification of the special skills that we have. A passion for something is a sure indication that we need to give it more attention. It is a gift that we’ve been given.
The next step is to take those infant talents and to mold them. That means devoting time to them and building on them with practice and simple hard work. All of us will to some degree have success if we pay attention to the gifts we’ve been given. No, not all of us can be the best in an area. Maybe baseball talents don’t translate into a pro career, but perhaps they lead a person to coaching young players. The ability to play piano might not be good enough to become a professional musician, but it just might be the very thing that a church or assisted living facility needs to reach people. I’d like to say that I’ve become a world-class writer. The truth, to the contrary, is that I’ve been blessed to write for this paper for several years and to publish some books, articles, and other short pieces. One person told me in the beginning that I should forget about ever writing for a paper or anything else. No, I’m not rich or wildly successful, but I love what I do each week.
The next area is the hard part. If a talent is a gift, it is important to share it with others. That means that our jobs are to reach out to others and to help them as we use these talents. Being able to budget well is wonderful for personal finances, but it’s also a talent that can serve to make others’ lives more successful. Perhaps teaching how to budget to a group at church is the way to share. Using the talents that involve construction or plumbing or electricity might best be shared with the many who live in substandard housing. The ability to teach should be used to reach children struggling in school and adults looking for a way to better their lives through education.

Finally, sending up words of thanks for the talents from God should become a daily thing. Yes, we might develop talents, but they were instilled in us by something larger than ourselves. Only after giving thanks can we find joy in those special skills and double their values by sharing them with
others. In the end, the world might be a better place simply by your one act. Never fail to use your talents; it’s an important step in fulfilling your destiny.