The news recently reported student debt is closing in on $1 trillion, more than credit card debt which anemically trails at between $650-850 billion. ”Woe is us” seems to be the cry from the millions who have accrued debts for education.
According to Bloomberg, college tuitions and fees have increased 1,120 percent since records began in 1978. That’s even more than medical expenses that have tried to drive Americans to the poor house. 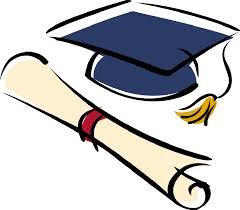 Universities such as Harvard are requiring and getting $60,000 per academic year from a student. While I understand that Harvard is the gold standard for colleges, the cost of an education there is becoming prohibitive.

In our own back yard, the average cost for tuition, fees, room and board and books at UT hits $22,000 for an in-state student. Of course, Tennessee high school graduates can receive and maintain the Lottery Scholarship, a hefty $3000 yearly amount. That knocks a chunk out of every school year, and it is a deal for scoring a 21 on the ACT and maintaining a 3.0 grade point average.
At another state school, Tennessee Tech University, the cost per year is only $15,500. Why one institution is $6500 more a year than another one is a question that might be asked. Anyway, the HOPE Scholarship cuts the cost to $12,500.
Yes, college is an expensive choice, but it’s not for everyone. Some folks will find satisfaction in a technical school where they can learn a craft that will provide a solid income. Don’t turn up a nose to those areas because the individual who answers a call for a broken air conditioning system or frozen pipes wears a big smile when he hands customers the bills.
Another alternative might be attending a school like Pellissippi State for the first two years. Per year, a student spends approximately $7000, but with the HOPE Scholarship, $1500 is cut from that total. Yes, it’s still expensive, but not any more so than buying a $5500 used car or motorcycle. Most parents would gladly let their children live at home for these two years, especially if the savings can run into the thousands of dollars.
At some point, students must accept the responsibilities for their own education. That means they need to pitch in to help pay for college. Part-time jobs can make huge dents in the costs. The lowest paid McDonalds employee (the fry cook) is paid $7.62 an hour. If an individual works 20 hours a week, he can earn $8000 a year. That covers almost all the costs above what the HOPE Scholarship pays at schools like TTU. Too, if a high school student is intent upon attending college, he can begin his part-time work early to build nest egg by the time he is ready to attend.
Is attending college a pricy thing? You bet it is. Should costs be cut to fall more in line with other things in our economy? Yes is again the answer. Should students who borrowed money for college have the debt forgiven? NO! They have an obligation to pay their debts, just as we all do. Too often, students CHOOSE to attend expensive universities, and many use student loans to buy cars, entertainment, and expensive items to make life nicer. That’s what bugs me.
My brothers, our wives, and I struggled to pay for college. We worked during the summers and the school year to pay for our educations. Plenty of beans and corn and bologna sandwiches were consumed during those lean years. In the end, we graduated with degrees and no debt. Was doing so hard? It certainly was, but the experience made us stronger.
The time has come for young people to stop whining, stop feeling entitled, and figure out a way to pay for most of the college expenses without loans. That might mean they have to attend state schools; perhaps they will have to work a job after classes and forego the social aspects of college life. Maybe it means they’ll have to join the service and then use their benefits as veterans. In any case, the decisions are theirs. Either figure it out or don’t go to college. The only thing I don’t want to hear is the whining about how unfair life is.

Longer School Year Not the Answer


The state of Tennessee has come up with another brilliant idea for improving schools and the education they provide. How? Why, the legislators have decreed that all students must be in school for 180 full days. Oh, the wisdom of our representatives is overwhelming sometimes.
In Knox County, that means the half hour extra added to each day won’t count toward the required days, although these accumulated 30 minute extensions put the schools over the 180 day requirement. So, the superintendent and the board are “figuring out” what to do to meet the requirement by the 2014-2015 school year. As a former 30-year employee of the system, I’ve got some suggestions for reaching the 180 day plateau. I’ve also got some other bones to pick.
The first thing to do to meet the state requirement is scuttle most in-service, now called “professional growth” days. They’re nothing more than wasted time. During my tenure with Knox County Schools, I can think of only a couple of valuable in-service days. At the beginning of the year, most of them were spent in meetings as principals laid out the game plans or figured out some way to hold teachers hostage for the required time. 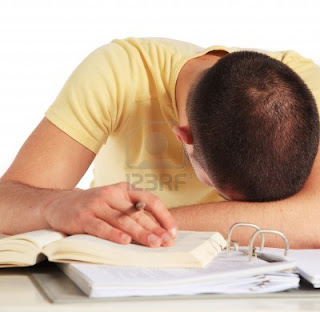 System-wide in-service days were less than important. In most instances, they were used to justify someone’s job. Too many years I spent re-writing course descriptions, even though they’d just been established a couple of years earlier. Two of the supervisors under which I worked had clues about what was important to teachers. The other two cared only about looking good for the bosses. The best meeting I ever attended devoted part of the time to Sam Venable, who spoke to English teachers about his high school teacher and her inspiration in his life. The only days of in-service should be a couple before students come so that teachers can prepare their rooms and lesson plans and a day at the end so the staff can turn in grades and shut down their classrooms for the summer.
Another thing the system can do to meet expectations is to re-work the calendar. If each semester must be 90 days, it should be easy to calculate when to begin and when to end. If school starts after Labor Day in 2013, students and staff could get out on December 20. They would return January 6 and be out of school for Thanksgiving and the following Friday during that part of the year. Students would be back in classes after Christmas break until June 7 and would be out of school on Good Friday.
At the same time, the school schedule should be re-worked to get rid of the extra 30 minutes that the state refuses to recognize as meeting the extra time spent in the classroom. Oh, I don’t want to hear any squalling about our schools needing to “exceed” the minimum. At the same time, the five built in snow days should be removed from the schedule. If one is used, the year can be extended at the end.
The best way to improve our schools comes not from adding days but from teaching our kids. That means systems need to put a stop to endless testing. The papers are filled with stories about test strategies, scores, and rankings. In the end, what a child scores on one test is more important than what he learns in the classroom. Teachers need to be able to teach without fear that low scores will threaten their jobs. How many in the community would place their fates in the hands of individuals ranging in age from 6-18?
Our legislators are making decisions on the educations of our children. A look at the committees in the state senate and house indicates that three members have no college degrees and only three have any experience in the field of education. How can they make such important decisions without having any experience with schools other than the time they attended or their children attend them?
I loved the time I spent teaching high school English. At the same time, I’m thankful that I retired after getting in my 30 years because schools don’t do what they once did. It’s a safe be that I wouldn’t survive in today’s environment. I just hope wiser folks begin making decisions on education.
1 comment: Links to this post