Special Words Spoken on a Lawnmower

Those who know me can testify that one of my greatest joys is mowing the yard. Saturday once again brought about an incident to solidify my enjoyment of cutting the grass. It’s shocking what kind of wonderful things can be heard over the roar of a Kohler CV15S-41571, 1 cylinder gasoline engine.


Amy and I enjoyed a vacation with daughter Lacey, her husband Nick, and our grandson Madden the week before. For several days, we spent lazy hours sitting in chairs under an umbrella on Isle of Palms beaches, just fifteen minutes from my favorite city, . Amy and I have visited the place on several occasions.


Our children work hard but have little time and less money as young adults with a child and other financial responsibilities. Amy and I have been blessed and wanted to share with them, so we offered to take them on vacation. recently took on new duties in his job and was unable to go, a fact that disappointed me. Lacey and Nick worked things out so they could go. We all looked forward to a few days together.


Best of all, Madden enjoyed the time. His last trip to the beach came shortly after he turned a year old. So, this was his first real visit. According to his mom, the boy was bubbling with excitement for a couple of weeks before the trip and told everyone about the upcoming adventure. 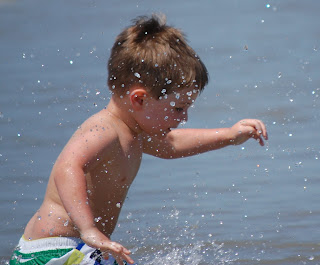 At the beach, Madden attacked the ocean. After patiently waiting for his parents to unpack their car and then coat him with a thick layer of sunscreen, he ran across the beach and flopped into the water. For the next three days, this four-year-old walked miles between the water and umbrella. He stayed in the water with his dad and laughed as the waves crashed into him. He touched a small shark that a fisherman on the pier had hooked and found with his parents a hermit crab in its shell and a starfish.


We rose early on Saturday morning, packed the cars, and drove the six-hour trail back to . Lacey and Nick decided to stop over for a while before continuing home in . Nick was carsick from the ride through the mountains from to and lay down to allow his stomach to stop churning and his equilibrium to return. Lacey fed Madden some lunch and then played with him for a bit.


I went to the basement and drove out my John Deere riding lawnmower. Madden immediately came zooming around the house and was ready to ride. I scooped him up and sat him on my lap, and the two of us drove through the woods and into the open yard. For the next half hour Madden steered the mower up and down the lot, and he talked the entire time.
Toward the end of the activity, he turned his head to the right and looked up at me. In a matter of fact manner, the boy stated,


It was one of the moments for which grandparents live.  I gave him a hug, said thank you, and then told him I loved and liked him too. He shook his head to indicate to me that he already knew that.


Not long after this conversation, he was too hot and tired to drive any more, and within thirty minutes, he and his parents continued their drive to . Hugs and kisses were exchanged, and as I hugged Madden one last time, I again told him that I loved and liked him. He squeezed my neck with a hug, gave me a kiss, and climbed into his car seat. 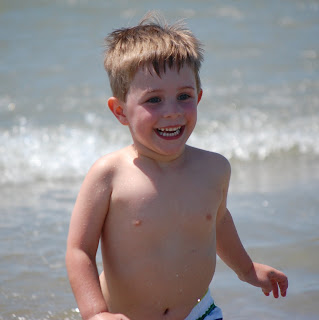 The days of vacation were wonderful for us all. I’m glad I had the chance to see Madden fall in love with the ocean. I’m glad we all had some relaxing times together. Most of all, I’m glad that my grandson told me he loved and liked me as we sat on the JD lawnmower. From now on, I’ll think of that time whenever I fire up the mower. It will make a job I love even more special.
No comments: Links to this post 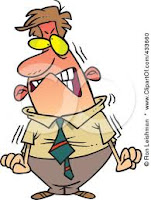 My mother pointed this gripe out to me in the 1990's. It drove her up a figurative wall, and sometimes she'd correct people or let loose some sarcastic remark

What is this thing that infuriated her so much?

The question is early on what? The word "on" is a preposition. According to rule 1c of the Harbrace Handbook, a preposition has an object, usually a noun or pronoun, that helps to establish a relationship, such as space, time, accompaniment, cause or manner, between the object and another part of the sentence. A preposition plus its object and other words with it are called a prepositional phrase."

In this case, on needs an object. So, what or who completes "early on?" The same applies to the use of "later on." To correct the mistake, all that's necessary is dropping the "on" and using "earlier" or "later" alone.

I hope folks will choose to use the proper form. My mother will rest better in her heavenly home, and my blood pressure will remain lower.
No comments: Links to this post

Still Asking Are We There Yet

My wife Amy and I returned recently from our first vacation in . She’s a bargain hunter and found a deal for a stay at an all-inclusive resort there. We drove to , caught a flight and in 5-6 hours, counting layovers, arrived in . I marvel at how quickly folks can get to destination these days. I remember times when travel wasn’t quite so easy. 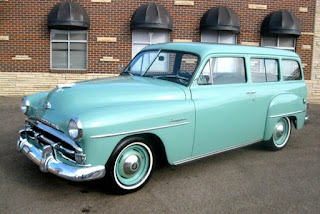 Part our family, consisting of three boys and Mother, traveled each summer with the Burns family to the for a week. We stayed in one of the big cabins that King’s Cottages rented to vacationers. The week before the trip, our mom and Ruby, the other mother, stocked up on gallon jars of peanut butter, mayonnaise, and mustard, and boxes filled with food that would be prepared for meals. Then six children and two women would pile into an old 50’s and begin the journey.


It was a time before Interstate roads, and that meant driving through downtown and up . We rode through rush hour traffic and then settled down for the curvy route through and to Sevierville. In those days, Pigeon Forge was little more than a wide spot in the road. The real entertainment awaited travelers in Gatlinburg.


Our old car would chug through tourist traffic before making a left onto Highway 321 for the last fifteen miles of the trip. By the time we arrived, three or more hours had passed, and as soon as the car doors swung opened, a gaggle of kids made a bee-line for the river and the cold water in which they swam for the next week.


Our entire family, which included our dad, took one vacation together. It happened after my fourth grade year. This time we followed our cousin Charlie and his family from home to . Again, this was during a time “before” Interstates in . We traveled down and then made our way through mountainous roads somewhere. The drive as excruciating. Daddy’s new 1962 Impala had never crossed the line. We sat for hours and sweated buckets on the plastic covers on the seats.


Daddy always drove slow as he was afraid of hurting his family. In , he developed a lead foot, due in large part to the fact that he was trying to keep up with our uncle, who never met a speed zone he liked. It was Daddy, however, whom a police officer pulled over and ticketed. I felt sorry for him as his embarrassment grew over breaking the law.


We were all tired and ready to be out of the car. The vehicle had no air conditioner, considered an expensive and unnecessary luxury. Our only ventilation came from rolling down the windows, and that proved to be a mistake. As we cruised down a four-lane road near the coast, a seagull leveled itself with the back window, peeled off to the left, and relieved itself during the banking maneuver. A wet stream of brown came through the opening and splattered our white t-shirts. That was the last straw for a family not used to traveling long distances in search of fun and relaxation.


These days, travel is much easier. Planes zoom us to our destinations quickly, and most of the time is spent in layovers at airports. Roads are much better than in those earlier times, and travelers arrive much quicker. Still, we want even faster travel and long for direct flights and wreck-free highways. It appears that most of us are never quite satisfied with the travel arrangements. I, for one, would like to be able to flip out my communication device and say, “Beam me up, Scotty.”
No comments: Links to this post 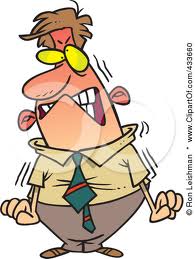 Something happened not too long ago that caused folks to stop using correct comparative and superlative forms of adjectives and adverbs. Like most things in the English language, confusion over those correct forms led to the dropping of one in favor of the other. So, the first installment of Grammar Man is devoted to the use of “er--est/more--most."


With these rules in place, maybe writers and speakers won’t make mistakes any more, or at least not as often.


Don’t forget that some words have IRREGULAR forms. Use them correctly.


Sometimes, the comparative or superlative forms sound wrong or awkward. I avoid the use of the words “funner” and “funnest” because they just don’t sound right. Instead, I come up with a synonym that fits better.