One of my classes read poems by Emily Dickinson. Some were light-hearted while others were much more serious. Students decided that Dickinson was obsessed with death; I didn’t disagree with them. However, her obsession caused these young folks to think about death and the things about it. I could see them considering the topic as their eyes held far away stares that took them back to times when death directly affected them.
I, too, gave pause to muse over the ending of life here on earth. Over the years, I’ve had too many personal interactions with death. I was there when my mother and brother passed. I was with Amy just after her mother died. High school friends died in their teens; other friends have died in later years. The one thing in common with all these passings is that they were difficult. In fact, I’m sure that death has always been much easier for the dying than for the living.
Age brings on more thoughts about death. We who have fewer days left than we’ve already lived think about the end of things. That doesn’t mean we fret about it, but we do have it on our minds more often than when we were teens. In fact, back then we considered ourselves invincible. Our antics proved dangerous and moronic. Yet, we survived foolish stunts, even though some of them were severe and the worst we ended up with were a few stitches or a broken bone.
In those early years, death visited only rarely. Some of us lost parents, and others ached with the passings of grandparents. The jarring quake of death hit hardest when one of our own died. Car wrecks took good friends on their ways to pick up dates for the prom; drownings in nearby lakes shook us to our cores. The worst of all were the deaths of young people after wars with cancer. Leukemia claimed the lives of two friends before we’d reached fourth grade. The viewing of a dead child haunted us for years. When a lifelong friend who was a gifted athlete died not long after graduation from high school, young teens struggled to find a reason for such a loss.
These days, my generation spends too much time making trips to funeral homes or cemeteries. We are at that age when friends and family pass much too frequently. Visitations look much like a class reunion. All of us shake our heads in disbelief that another friend is gone. After a few minutes, the awkwardness of expressing condolences and shock eases as we share stories with others about the person who has died. Before long, we’re laughing and chatting maybe a bit too loudly. Some folks think such acts are disrespectful. My belief is that nothing shows more respect than a large crowd’s sharing the joys and memories that the person has left behind.
Thinking about death and all the things that it brings and takes away can sometimes lead to nothing more than depression. That’s when a belief in something stronger than ourselves is in control. A belief in a life after this one comforts us, especially when thoughts or reuniting with loved ones who’ve gone before us are included.
William Cullen Bryant’s “Thanatopsis” gives us the best advice about the end that each of us shall reach:
“So live, that when thy summons comes to join
That innumerable caravan, which moves
To that mysterious realm where each shall take
His chamber in the silent halls of death,
Though go to not, like the quarry slave at night,
Scourged to his dungeon, but sustained and soothed
By an unfaltering trust, approach thy grave,
Like one who wraps the drapery of his couch


About him, and lies down to pleasant dreams.”
No comments: Links to this post

PAYING WHAT WE OWE

In Henry David Thoreau’s “Civil Disobedience,” he says that he meets the U.S. government once a year in the form of the tax collector. He refused to pay those taxes as a means of protesting the Mexican War, which he said enlarged the Southern lands that promoted slavery. I’ve always admired his resolve and acts of nonviolence protest. Things are different nowadays.
Television commercials tell us that help is available for those who have troubles with tax and credit card debts. Companies invite potential customers to contact them to discuss their problems and to discover whether or not solutions are available. One such ad has a woman lamenting the fact that she owed the federal government $80,000 in back taxes. Another man says that he owed a mere $18,000. In both cases, these people say the company with whom they worked managed to cut their taxes to where they paid only a fraction of what was owed.
A thirty second spot tells people who have overwhelming credit card debt to call them. They assert with their help that people can debt cut to a small percentage of what is due. At the end, the spokesperson says, “Don’t file bankruptcy; give us 10 minutes and learn how you can pay only a fraction of what you owe credit card companies. It’s a secret that credit card companies don’t want you to know!”
These things aren’t what I was taught by my parents. My dad filed bankruptcy as a young man. After he and Mother married years later, Daddy worked on those debts he had until every single dime was repaid. To him, bankruptcy was an embarrassment, and he was committed to making whole folks whose services and goods he had purchased.
Today, it seems that folks are told to live far above their means. They can purchase a

$50,000 truck, live in a house that requires more that 25% of their monthly income, and buy every new toy with all the bells and whistles, things like the new $1000 iPhone. When they wind upside down financially, all that has to be done is to call on someone to “fix” the problem without their having to pay what they owe.
Citizens are obligated to pay a portion of their incomes to the government in the form of taxes. Those funds go toward providing the things that citizens need and want. Sure, plenty of waste occurs in the government, but that fact does not excuse anyone from paying his share. Shirking one’s obligations only makes the load much heavier for others. I’ve paid more taxes than I’ve wanted to over my life. However, I like having schools, roads, and other benefits that come from those tax dollars. Instead of resenting the government for taking our money, we should aim our anger at those who would simply refuse to pay taxes or lie in order to evade paying them.
Most of us have credit cards. We use them for large purchases or for unseen emergencies in our lives. With luck, some are able to pay off the balance each month. That’s the ideal way to use these lines of credit. The problem is that too many people whip out credit cards to buy anything they want, regardless of their ability to pay off the things. Exorbitant interest rates on cards lead to rising amounts of debt if the cardholder only pays the minimum monthly amount each month.
Failing to pay the taxes one owes is cheating the country and all other citizens. Making America great again, in part, requires that folks pay their fair shares. It also demands that individuals learn to be financially responsible by paying the debts that they’ve incurred. Finding ways to dodge those payments leads to higher prices for all of us and making end meet more difficult. Yes, I’m disgusted with those commercials that encourages people to not pay taxes or to run up their credit card bills. That preaches and teaches the lack of personal responsibility. No one is entitled to a free ride by doing these things.
No comments: Links to this post

Nellie West passed away Sunday, October 1, 2017. No, most folks won’t know who she was, but her family certainly will. The following day, Tom Petty, rock legend, died after suffering full cardiac
arrest. Probably, millions knew of him. Which death is more devastating? 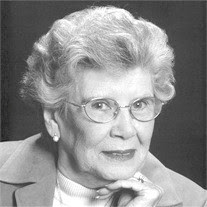 I keep hearing when persons of fame die that their passings are tragic. The sense of loss is supposedly greater because these individuals made impacts in the world on grander scales. The truth is that I just don’t buy that line.
Let me tell you about Nellie West. She lived a full life of 92 years. During that time, she married, had three children, and doted over a passel of grandchildren. She married Earl West but lost him to lung cancer in the 1970’s. She grieved for him but eventually returned to life and the adventures that it offered.
Nellie had a dry sense of humor. A cutting of her eyes and a slight smile belied her supposed serious tone when she told a story that folks believed to be gospel. For years, people thought of her as a quiet, demur woman, but after Earl passed, Nellie blossomed in many ways; she became a more talkative, outgoing person who allowed her full personality to shine.
This small woman, at times, had a huge temper. I’m not privy to all the details, but family members have related incidents where a fit of anger led to the throwing of a bowl across the kitchen and where a cooking mishap ended in her throwing a skillet out the back door.
What Nellie West offered folks most were kind words and sweet smiles. She asked me every time I saw her if I had written more pieces in Chicken Soup books. Then she’d follow that up by saying she picked up those books and sifted through the list of authors to find my name before buying them. I don’t know how much truth is in that, but she made me feel good. That’s the effect she had on all folks with whom she made contact.
Nellie passed on to her children the qualities of kindness, fairness, honesty, and empathy. Then they passed those same qualities to their children, who then passed them on to grandchildren. The actions of family members were noticed by people with whom they worked or socialized and impressed others so much that they adopted those qualities and passed them on “world without end.” So, I suppose that it’s safe to say that Nellie West touched or will touch the lives of thousands of people as they try to emulate her. In the end, this small woman in Cookeville, TN will have help to make the world a better place.
Tom Petty’s music will continue to touch his fans now and in the future. I have no idea what kind of person the man was in this world. While his musical talents will be his legacy, the impact of the way he interacted with others and the lessons that he passed along is in question. He became a rich man as he  earned about $95 million from his music.


Nellie West didn’t earn a dime from her musical talents; she told me her singing was more like croaking. Neither did she make any money off the joy and love that she brought to so many people during her life. However, I’m here to declare that what she offered her fan club is much more valuable than any song that any person produces. I’m glad that Nellie lived so long and had so much impact on so many lives. I’m also glad that she now is reunited with those loved ones who went before her. No doubt, the good lord met her with a hug as he said, “Well done good and faithful servant.”
No comments: Links to this post