In the next couple of weeks, high school seniors will graduate and turn their sites on future pursuits. However, before they leave their schools, many will attempt to make a mark by pulling stunts that they think are funny. 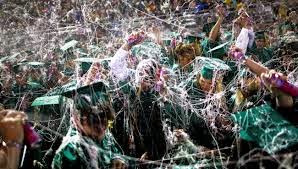 A few years ago, dress codes weren’t nearly so lenient. School administrators demanded that students dress in clothing that covered body parts, didn’t have inappropriate slogans or pictures, and fit properly. I even remember the requirements for dress during my high school years. Boys wore slacks, shirts with collars, and socks with shoes. Girls wore dresses, blouses, and skirts.
Seniors decided to challenge the dressing restrictions and came to school in “togas.” In truth, they simply grabbed a bed sheet, pinned it in a couple of places, and walked into the school. The principals chastised the seniors, but they only sent home students, mostly females, who failed to wear enough under the togas to keep them from being indecent. The kids felt they’d succeeded, and the administration prepared for the next year.
Another year, seniors planned a tractor day. They borrowed tractors from family and friends, and a couple of students drove riding lawn mowers to school. The procession snarled traffic around the school and community and brought the ire of drivers trying to deliver children to school or to get to work on time. Seniors thought their stunt was hilarious, at least until the principal announced that they had a time limit to get the machines off campus or otherwise be suspended, an act which would have kept them from taking finals and, thereby, kept them from graduating.
One senior class decided to pull a prank inside the building. They bought several cartons of chocolate milk in the cafeteria. Then the students sneaked down the hall and placed them into lockers in the junior class hall. Before long, a smell wafted through the section, and before long, principals and custodians were searching for the reeking source. After it was discovered, the principal warned all students that another such action would result in immediate suspension from school, but by then, the prank had been pulled and the students had enjoyed a good laugh.
Before long, school administrators were assembling senior classes to discuss the last few weeks of the school year. Along with a schedule for such activities as prom, baccalaureate, and graduation, the principals warned students that any who attempted to pull a class prank would be disciplined and denied the right to participate in graduation exercises.
Such goofy acts aren’t intended to be destructive, nor are students trying to harm anyone. They simply want to “make a mark” before leaving the easy life of high school. Before long, these young people will face real life with adult responsibilities. Farther down the line, these individuals will see just how ridiculous their stunts were.
My friends and I pulled a senior prank during our senior year. Someone had access to a blue toilet, and we retrieved it and took it to the high school. All of us climbed upon the roof of the covered walkway in the front of the school. There we placed the toilet and filled it with rocks. Oh, we couldn’t wait for the next morning to see the reaction of students and staff as they spied that throne atop the walkway.
Our excitement faded when we arrived to find the toilet missing. The custodian had removed the joke, and not a single word was mentioned about it from the principal. Mr. Nicely was savvy enough to know that the best action was none at all.
Seniors are going to try something so that their class is remembered for years to come. I hope these kids have enough sense not to do something that will cause damage or injury. I’d hate to think they had a few minutes of fun that led to their missing such an important event as graduation. At the same time, maybe principals can do the same thing that Mr. Nicely did…NOTHING. That had more impact on us than anything else because we didn’t get the notoriety.


In the end, seniors should enjoy the prom, graduation, family, and friends and leave pranks for others.
No comments: Links to this post

Well, here it is, the biggest week in the Christian year. I know most folks think that Christmas is more popular, but when the beliefs that we claim to hold are considered, Easter wins hands down. I’ve always liked the day, even the strange things.
As a kid, I liked going to Sunday school on Easter. It was as if a whole year of lessons culminated in the events of that day. Daddy always seemed to be off work on Easter, and he herded us toward the car for the two mile drive to Beaver Ridge Methodist Church.
Preacher Clark was the first minister I remember at the church. Everyone knew a crowd would show up, and plans to accommodate worshipers included setting up folding chairs in the aisles. We’d stand to sing such songs as “Up from the Grave He Arose” and “The Old Rugged Cross,” but the one that always seemed to bring tears to every adult was “In the Garden.”
Another good thing about Easter was the meal that Mother prepared. For a change from other holidays, she served ham, and a huge bowl of potato salad along with several other dishes were also fixed. We’d have aunts, uncles, cousins, and grandparents at our table, and the noise from talking and laughing filled the kitchen, as well as other places where hungry folks sat. 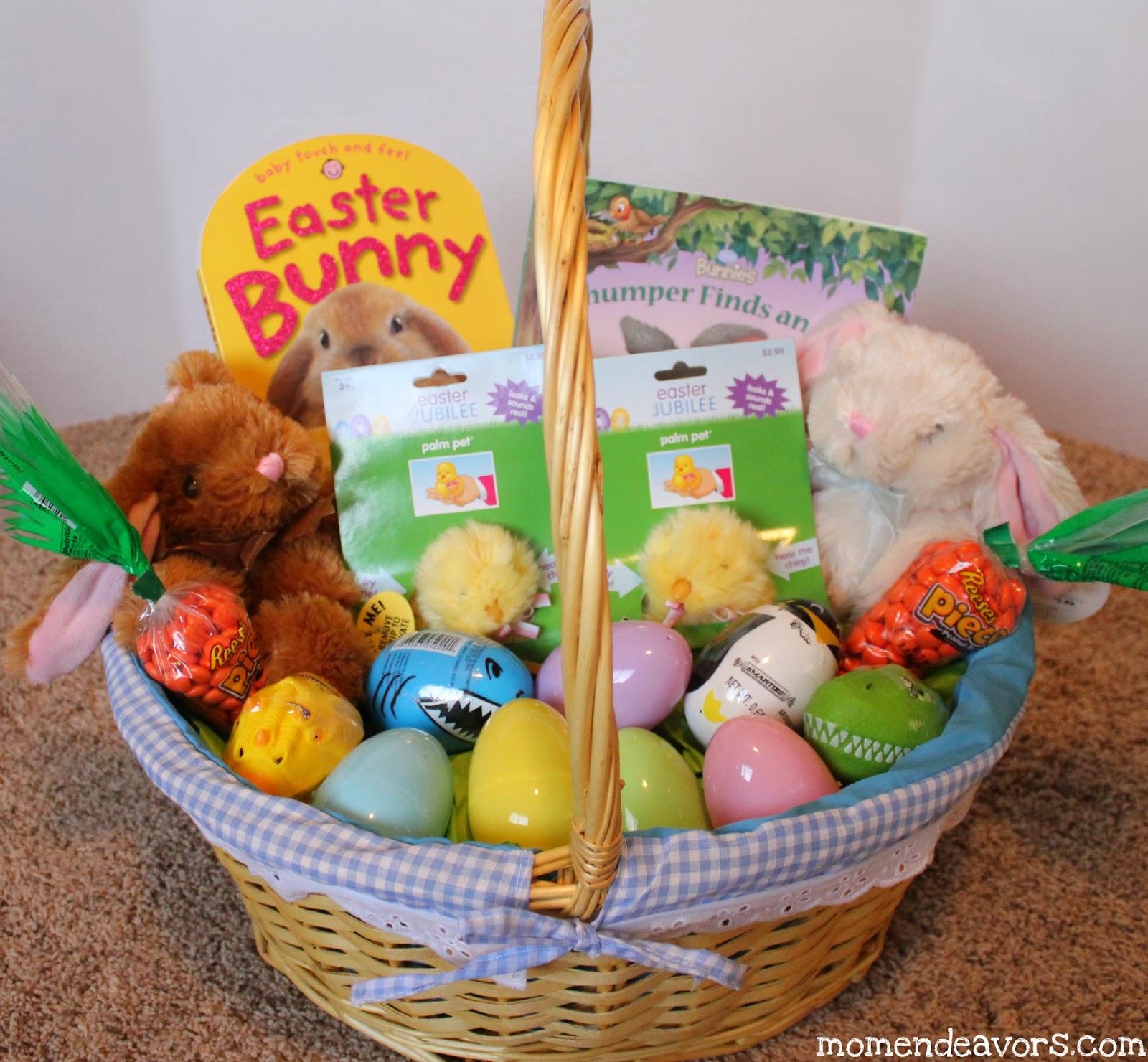 The Saturday night before Easter, my brothers and I gathered around the kitchen table to color Easter eggs. I can still remember the smell of vinegar and stained fingers from the dyes in cups. We took this part of Easter seriously. Each of us wrote our name on an egg, and then we divvied up the tasks of making special eggs for our parents and grandparents.
The next morning, we’d race to the kitchen to see our Easter baskets. Just like at Christmas, Mother managed to juggle half a dozen chores, and one them was retrieving our baskets from the attic and then filling them with grass, eggs, and candy. Until the last year of her life, we boys and even our wives were presented baskets on that special Sunday.
We prayed the night before Easter for fair weather. Nothing was any worse than a wet, soggy Easter because that meant our egg hunts would be confined to inside. Most years, we were fortunate to have clear weather, and we wore out adults by insisting they hide the eggs over and over and over. When cousins came to the house, we hunted with them; by the time we’d finished, many of the egg shells were shattered. That was okay because Mother used the “bruised” ones to make eggs salad for our school lunches.
My favorite thing about Easter when I was a child was getting new clothes. Somehow, my parents found a way to come up with enough cash for new outfits and shoes for the day. It was important to them that we look our best on such a special day.
When Jim and I were little guys, Mother bought matching outfits that even included hats. As we grew older, our clothes were more sensible and doubled as a second outfit to wear to church or other more formal functions where jeans were frowned upon. On Easter morning, we’d march outside for pictures of the entire family dressed in their church garb. Daddy was in a hurry to finish so we wouldn’t be late, and sometimes the grumpy inside him sneaked out long enough to let us know that we needed to get with his schedule.
I don’t get clothes for Easter anymore. The fact is I don’t need anything else in my closet. However, Amy and I enjoy fixing baskets for our children, even though they are close to or already in their 30’s. This year we will spend Easter at home, and I’m looking forward to it. However, I will miss Lacey and Dallas, and I might even feel the sting of loneliness for grandson Madden. Still, we can attend church on this special day with friends and listen to a message from one of the best ministers anywhere. The love that Christ showed glow brighter on this good day.