I am beyond hurt; perhaps the shock of the matter hasn’t yet ended. All I know is that my heart is broken and I can do nothing right now to help it heal. Many who read this will scoff at my predicament and say it is “much ado about nothing.” Others will be kinder but still not quite get the real problem. Then a third group will nod their heads as tears wells up in their eyes. They will know exactly how I feel and will sympathize. I understand all three reactions but especially appreciate the one from the third group. 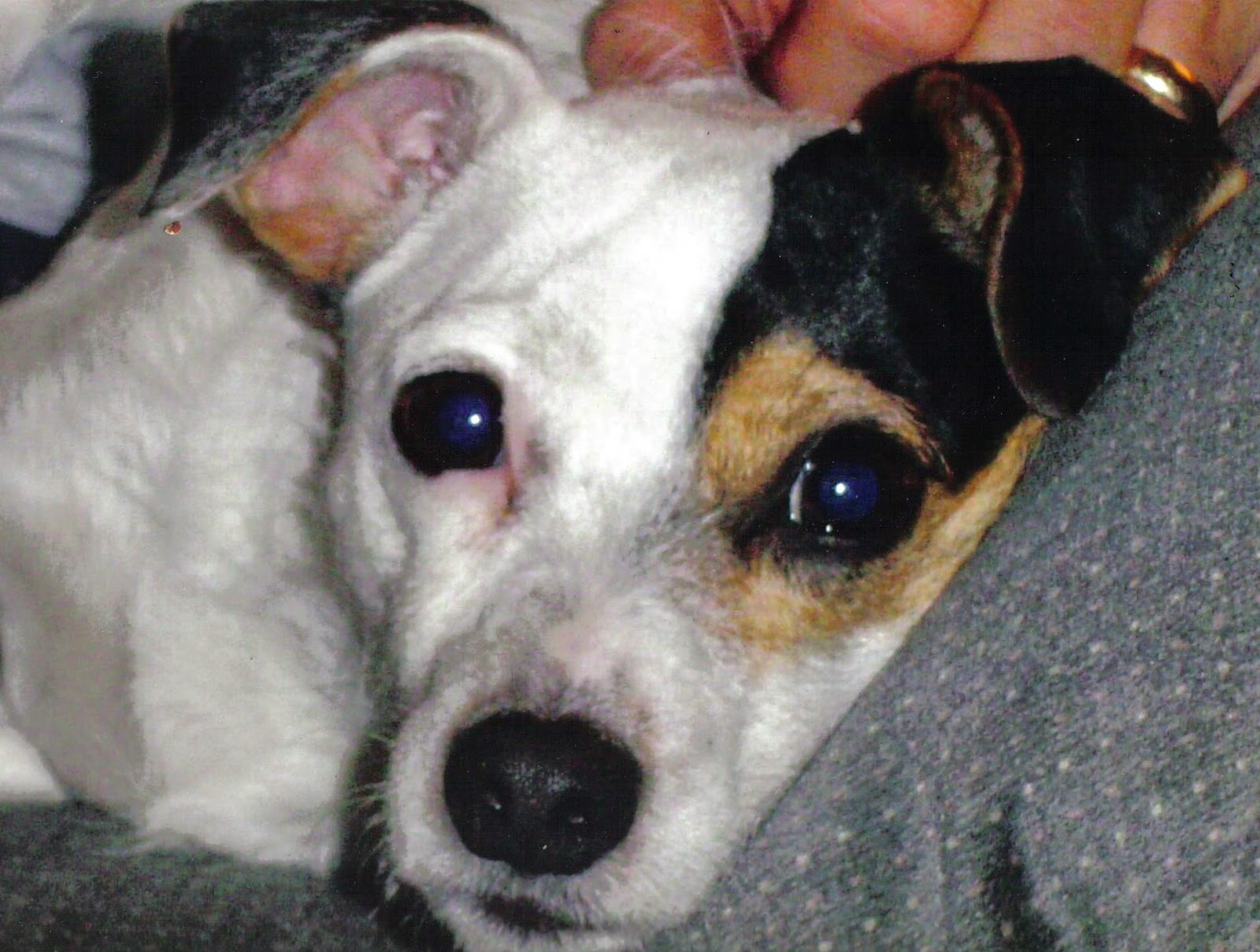 Snoop, my Jack Russell Terrier, who was approaching 14 years in age, is no longer with me. I took him to the vet this morning to be put to sleep. The staff was kind and understanding. I held Snoop while the first shot helped him relax. Those final minutes were spent with my telling this old dog how much I cared for him. As the second shot took effect, I rubbed his head and ears and whispered, “I love you, Snoop.” Then he was gone. I took him back home and laid him to rest in the back yard.
I’m 62 years of age and sit here crying like a child while writing these words. The loss of Snoop hits me at so many levels. He came to our house as a new buddy when Dallas left for college. I squalled that I didn’t want another dog because I knew what happened today would at some time come. However, before long, the dog was my constant companion. After my back surgery, he and I took two-hour naps in my recliner each day; his need for exercise helped me to recover with walks, first short but eventually longer, through our neighborhood.
I took Snoop for obedience lessons, and the little guy excelled. Even though he growled at big dogs that crossed into his personal space, he earned his initial degree and then followed it with a graduate degree. For Snoop, things came easily.
Nothing excited my dog more than exploding out the door and chasing down other four-legged intruders in our yard. I’ve watched him chase away Labs and Beagles, and Great Danes. Snoop never understood how small he was or that he could have been no more than a snack for any big dog that could catch him. He was driven by a big heart that made him feel always up to the task of loving us and protecting the property.
A few years ago, something changed Snoop. He no longer was the friendly, loving dog that would lie beside us on the couch or scrunch up under the covers at bedtime. He grew hateful and moody. What still perplexes me is that he would stand stiff as a board, stare at me and growl, and wag his nub of a tail. Something had disconnected in his little brain, and life was a paradox to him: I love you, but I’ll bite you in a New York minute!
We medicated him with every type of tranquilizer. He slept much of the day, but then in the evening, he’d go nuts. The turning point came several months ago when Snoop attacked Amy’s feet whenever she walked ANYWHERE in the house! We changed medicines, squirted him with water and vinegar, and ignored him. However, nothing worked. In a discussion the vet said we’ve tried everything and an increase in medicine won’t improve the quality of his life. He finished with, “Maybe it’s just time.”
So, I made that drive this morning and ended the life of my buddy with an injection. I’ve heard him
half a dozen times so far and have thought of him constantly. Oh, I know the pain and loneliness and sorrow will ease with each day, but right now, the burden and loss crushes me.

I know this much: Snoop was my best friend for many years. He was a constant companion who was always loyal and loving toward me. I hope that when my time here ends that I am fortunate to go heaven. When I arrive, it would be perfect if Snoop came running and jumped up into my arms to give wet kisses as his tail wagged.


Farewell my good friend. I love you now and forever.

Joe, I understand. I lost my "best friend" of 15 years several years ago, and he went out of this world in similar fashion (Candace and me holding him when he was given the shot). I remember when you got Snoop. Since you were crate training him, Amy would leave work and go home at lunch to let him out. Yep, having experienced what you're feeling, I understand.

I know how you fell Joe, have had to do that more than once. It always hurts. Gracie

I'm so sorry Joe. I am crying with you. I had to put my dog to sleep at 13. I will never have another dog. Period.

This is a sad day and I will have to do what is the responsible duty one day for my own dog...unavoidable if you truly love your pal. Cherish the memories and feel glad about the comfortable life you have shared with him.
Kevin

He had a good life & good people. You were lucky to have had Snoop. 😢 I fear the same for my 'Sara' soon. She'll be 11 this Valentine's Day.

Thank you for your story. I lost my little terrier last week. I really couldn't enjoy Christmas. Kept feeling that empty cold spot by my side. My only consolation is to believe I'll see him and Those who've gone before. How I miss that cold little wet nose. Thanks for letting me see that somone else can be an old dog loving fool.