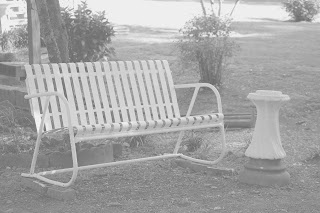 Cousin Charlie has always been a smart “feller.” He mixes an eye for the truth with a keen sense of humor. Here’s an example:


My problem is I would rather sit out on my deck an listen to birds, specially the mockin birds, crickets, and watch the young rabbits play in the field out front. I even have a hoot owl that hoots some nights. Is there a support group, therapist or anything that can help me git back to sittin in my cliner watchin 4 to 5 hours of all this FINE programin on t.v. that i'm missin out on ever night?


See what I mean? Charlie’s comments on Facebook sparked memories and imagination and hit the nail on the head as far how best to spend evening time.


When we were kids, our mothers shooed us out of the house any day that wasn’t wet, snowy, or dangerously frigid. Kids in the neighborhood got together for games of softball, baseball, football, and basketball. No, we didn’t have fields or courts for those games. Instead, we marked the bases with a shrub or bare spot in the grass. Boys shot hoops on homemade backboards nailed to a tree or post. That meant we sometimes had to adjust shots to account for leaning goals or gusts of winds. 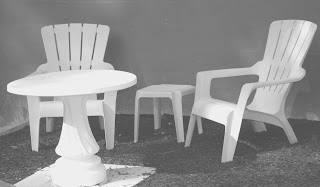 Summer always drove people outside after supper. Heat from the stove made the house insufferable, and only a handful of homes had air conditioning. The rest of us had opened windows and box fans. Adults would sit outside either on the porch or in the yard. Children played tag or chased fireflies until adults rose from their adirondack chairs and herdes the kids inside for bed or baths.


We all held on to the outside into late fall and began again in early spring. Yes, some of us wore coats or wrapped up in blankets in order to get outside. The confines of the house smothered us.


Television programming was somewhat better a generation ago, I think. Of course, back then TV was still a relatively new thing and didn’t compete with DVD’s and the Internet. Our choices came from three networks and, on occasion, public television. As much as people longed for the entertainment that television offered, the fact that stations shut off at nights squashed it.


Today, most people hole-up in their homes as soon as they arrive.  Adults are exhausted from a day’s work that includes lost time in traffic jams and ever-tightening corporate budgets that threaten individual employment. They enter the house and shut out the world.


Kids have too many distractions. Who needs baseball, football, or basketball games with other children when they can play “imaginary” games against the best college and pro teams on their X-Boxes and Play Stations? When interest in those wane, young people can then turn to their social media over the computer or smart phones. Instantly, they hang out with friends without out ever leaving the house.


Television has “gone to hell in a hand basket.” A few quality shows are aired over the hundreds of stations, but for the most part, programs concentrate on self-centered participants in unrealistic situations. “,”  “Big Brother,” and “Bachelorette” are just a few of the asinine shows that stations offer. News stations are biased toward one side or another so much that the “truth” is hard to find. Even the once reliable station A and E includes “Storage Wars” and “Dog, The Bounty Hunter” in its schedule.


It’s time that folks walked out of the house and turned off the television, computer, or any other device. That time spent talking, playing, or just listening is therapeutic. Young and old can take a deep breath and enjoy the natural things of this world. It might just make the things offered inside the house pale in contrast.