Man or Dog--Training Is Necessary

Clips of dogs performing cute or amazing tricks or loving their owners always catch my attention on Facebook or Twitter. I’m more inclined to watch something like that instead of something from the world of sports or some “goofy” thing a person has decided to do. Most of us love our pets; only a few evil humans mistreat animals, and woe unto them if others discover their cruelty.
I have decided that husbands are much like family dogs. We are interested primarily in eating and sleeping.

We also lovingly accept a pat on the head or a back-scratching every so often. Those aren’t the only ways in which we are similar to dogs. Ask any wife and she’ll tell you how much marriage is like pet ownership.

Our wives accept us warts and all, and the Lord knows we men are covered in them. Deciding to marry a man must be like adopting a pet. A woman brings the man home from his home pound, usually an apartment that more resembles a pig sty. Immediately, the training begins.
The first order of business is housebreaking a husband. One of the hardest tricks for a male to learn is raising and lowering the toilet seat. Many men declare that he will raise the lid when he uses the facility, but it should be women’s responsibilities to lower it. Spouses remind their feral husbands that they don’t have to

sit down. With a great deal of effort, some patience, and even a little anger, the wives eventually convince their mates to lower the seat.

She also tries to teach the man to stand close enough to the commode to prevent anything from running down the front of the porcelain. Yes, it’s disgusting, but all must remember that training beasts is a, sometimes, dirty business. One of the quickest ways to break this habit involves handing the man of the house a rag and some cleaner so that he can spruce up the places that he has dirtied. In no time at all, he is a good boy who obeys. Only occasionally will the husband regress.
Another trick for men to master is picking their “stuff” up. That includes clothing strewn about the house, empty plates, and half-consumed drinks. Additionally, all the items that a man drags into the house from the 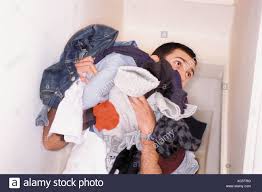 garage or workshop must be picked up. Wives begin by gently reminding their loves that they should clean up their messes. Some men are as stubborn as dogs. In those cases, women resort to harsher tones of voice to convey the message. In extreme instances, the master must lead the male to the mess and make him clean it up or smacking him on the nose with a rolled-up newspaper.

Dogs have a way of embarrassing their owners with inappropriate actions. They will walk into a crowded room, plop on the floor, raise their legs and begin cleaning themselves. Men exhibit the similar unacceptable acts. Too many wives have entered a room where a husband is sitting, and they begin to feel ill. The men might burp or 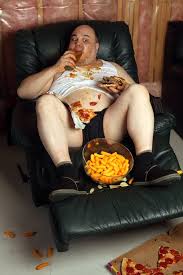 pass gas. They also display the terrible habit of scratching themselves. Some dads will have their offspring to come over and “pull my finger.”

Wives react quickly and severely to such acts. They scream, point their fingers in intimidating ways, or, worst of all, look upon the offending spouse with a “stink eye.” Men beat a hasty retreat when the last thing occurs, and they sneak around the corner every so often to see if they are no longer in trouble.
Husbands are good things to have around the house. We complete several chores, provide a bit of income, and, on rare occasions, perform some act of kindness that make wives remember why they married the guys. I suppose women will have to continue to train us men and realize that we sometimes falter in our behaviors. Unlike a dog who has become too unruly to train, men can’t be left at the pound. Even if we find ourselves in the “doghouse,” we continue to hope that wives will love us in spite of our lack of training.