I watched the NFL/AFL playoff games and was disappointed with both outcomes. With the exception of the years that Peyton and Eli won the big games, I’ve managed to be on the wrong side of the score most years. What shocks me is that this year is Super Bowl 51.

How’d that happen? I’ve been around for everyone one of the championship games, but I’ve not always watched them.

I saw the first super bowl. Green Bay took on the Kansas City Chiefs. I wasn’t a fan of the Packers then, so I cheered for the Chiefs. Hank Stram was a good coach, but he went up against Vince Lombardi, whom some say is the best coach to come around, he discovered that winning wasn’t always so easy. My heart sank as his team went down in defeat 35-10. 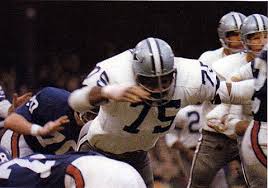 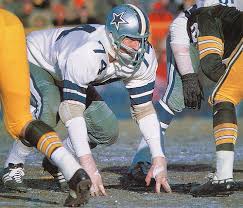 The second super bowl was anti-climactic. The most memorable game of the season occurred when Green Bay and Dallas battled in the “Ice Bowl.” Again, the Packers broke my heart when they beat “Dandy Don Meredith” and the Cowboys. That roster listed some of the best names for players: Jethro Pugh, Bob Lilly, Lee Roy Jordan, and Lance Rentzel. Bob Hayes, known as the world’s fastest human, streaked down the field. When they fell short, my heart wasn’t in any championship game.

The Sunday of Super Bowl VII began with the funeral of my paternal grandmother. The weather was frigid that day with a low of 1degree. We came home afterward, and the men tried to watch the game, especially since it featured the Miami Dolphins, who were undefeated throughout the season and won the big game. However, the gloom that filled the air took away any excitement.

I pulled for the Cowboys until I couldn’t take it anymore. My favorite players had retired or moved to other teams, and I just never like Tom Landry. Watching them lose each year hurt too much. 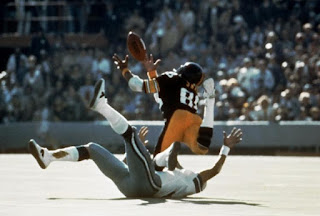 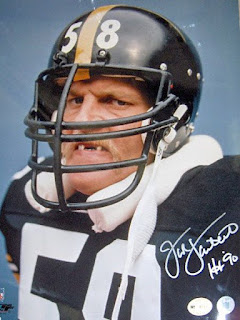 For a long time, I was tired of watching the Steelers play in super bowls. Besides, most of the plays in games never lived up to the “immaculate reception” by Franco Harris. The only other play I recall during those games was the stretching pass reception made by Lynn Swann. I can still see that toothless grin of Jack Lambert as he prepared to diagnose a play and destroy a running back or crossing wide receiver.

During many seasons, the super bowl was a game that featured two teams about whom I was only lukewarm in interest. Yes, some great players participated, and some of the games were exciting, but they lacked one thing: a team I cared about on either side. If the game was on my television, I ho-hummed my way through it. On occasion, as when Janet Jackson took center stage, the halftime entertainment was better than the game.

As I mentioned earlier, my interest piqued when super bowls featured the Manning boys. Both are favorites of mine, which is funny since I never liked their dad after the “Archie Who”

butt-kicking he administered to Tennessee in 1969. His boys, however, were favorites of many Vol fans, and a championship game featuring either of them was something to look forward to.

This year, I might skip the whole event. Atlanta is all right, but I am sick of watching the Patriots in the final game of the season. Yes, they are a good team, but just like some other teams, I’m tired of watching them. Before long, their players will retire, and hopefully, fans won’t have to watch them hoist super bowl trophies for a while. I won’t even be able to watch the halftime show since Lady Gaga isn’t an artist whose songs take up a single byte on my iPod.

Winter is a terrible sports season. I hold my breath, close my eyes tightly, and pray for spring training and baseball. When the super bowl is lousy, the wait is even more excruciating. If your favorite team is playing football on February 5, good luck. I’ll be taking a long nap that day.