Like millions of people in this country, I remember a time before television. When a tv set found its way to our house, it was a boxy, metallic gadget that weighed about as much as a gun safe. Over the years, we’ve witnessed the growth of programming from three channels to thousands and a plethora of shows that compete for our attention. Even when we “can’t find anything to watch,” the DVR offers another group of shows for our entertainment. Wouldn’t it be something if we could run our lives on some kind of DVR?
Just imagine what we could do with a DVR life. First of all, we could re-run or fast forward through all sorts of stuff. How many times have people whispered, “If I could only go back and do that over?” 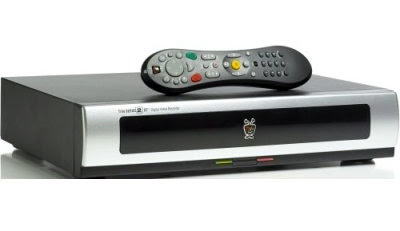 When a mistake is made, all we’d have to do is hit a button and then re-do things. Hurtful words and actions would be wiped away, and life would be a happier, less stressful thing. If we’re too lazy, we can simply fast-forward passed the situation. Perhaps such abilities could put an end to wars, divorces, economic failures, or domestic abuses. Just this past week, our country could have used a rewind button to undo the deaths of citizens and police officers.

Folks would also use the “Pause” button often. We could hold on to those happy times in our lives. I think about the birth of my children and the wedding of my daughter as times I’d like to have stopped for a while. An event when all our family members are present would be another time we’d hold on to. I know that some of those ball games that Dallas played would be on the pause list, and I would like to enjoy once again times when my grandson was small and loved everything I did. I could stop them and savor the moments just a bit more.
The fact of the matter is that we don’t have the ability to enjoy DVR lives. No, we’re put on earth to draw breaths and make choices that have consequences. It’s what’s called “choice.” Oh, sometimes outside forces or individuals bring about events not of our making, but for the most part, each of us is in control of what happens in life. As masters of our fates, we rarely have anyone else to blame for the messes along the way. At the same time, our personal decisions can bring about much joy.
A DVR life defeats the sweetness of existence. Sure mistakes are costly, but they also are instructive. As a teen, I drove my mother’s car home from an event on a rainy night. I came to a stop sign and decided to give the 383 engine the gas. The next thing I knew, the world was spinning by as the care twirled down the rain-soaked pavement. After what seemed to be an eternity, the back end of the vehicle thumped and came to rest in a ditch. From that point on, I learned the danger of an auto and my limits to control it.
The same thing is true throughout our lives. We learn from the bone-headed things we do. The same is true with sadness. The loss of a pet helps a child to prepare for losses in future. We learn to be strong in the face of our loved one’s passing. Losing a job can teach us about ourselves and what is truly important in our day-to-day lives. Setbacks can really be God’s way of telling us that we need to rely on something more than ourselves, or they can lead us to finding a better, more fulfilling way of making a living.


The rough patches in life are the very things that teach us most. Few of us have much desire to learn when everything is going well. As crazy as it might sound, being able to pause good times or fix past mistakes cheapens happiness. Show me a person who is always happy, and I’ll show you a bored man or woman. The low times make happiness more precious. I suppose that having a DVR life cheat us out of a complete existence.