I made a run to Costco the week before Christmas. My goal was to pick up a few things that Amy had on her list. I arrived before the place even opened, quick-stepped it through the entrance a few minutes later and arrived back at the car in about 10 minutes. Leaning on the vehicle beside me was folded stroller. As I began to inform the driver, he rolled down the window and told me that his wife was on the phone with their daughter to get instructions on how to open the thing up.

I thought to myself, “How hard can this thing be?” The answer came much too quickly. Two men looked at the stroller for a minute and tugged at the joints and pushed button and pulled knobs, all to no avail. The man shook his head and stated,
“I have two Master’s degrees; you’d think I’d be able to open a stroller!”
It let him know that I had one such degree, and then we chuckled. What else could we do? The next moment I spied a woman putting things in the back of her SUV. “Ah ha!” She looks to be someone who can help. I walked over to her, excused myself for bothering her, and then asked if she could help two men open a stroller. She began laughing and shaking her head.
“I can’t help at all. I’m a grandmother, but I’ll be darned if I can set one of those things up.” 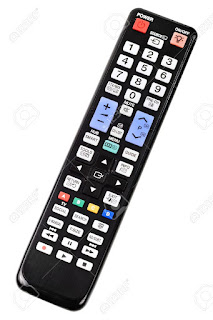 Feeling defeated, I returned to the car. We again looked at the contraption and performed the same actions. Then my hands discovered a lever on one of the side rails. I pulled it and voila, the stroller opened. My compatriot jerked his head up and looked at me to ask what I had just done. I pointed to the lever, and he shook his head. I know that he had the same four-letter word knocking around in his head that I had. His wife opened the car door and informed us that she’d found 2 YouTube videos on how to close the thing but none to open it.
A few years before, we were visiting our grandson in Nashville. He wanted to watch a video, and I popped it in the machine. For a couple of minutes, I punched buttons without ever hitting the right one. Madden got off the couch and walked over to me. He asked, “Can I try it, P?” I handed the remote to him, he hit a couple of buttons, and the video started. The boy never said a word of teasing
or let a snicker pass from his lips. I suppose he knew how dumb I already felt.

I enjoy technical gadgets, and I spend plenty of time on computers as I write, research, and check email. I have a smartphone, not the most recent version but one that does more than I thought possible. However, some functions on these things baffle me. Why are so many steps included in
their use? What kind of language is spoken in regard to use and operation: RAM, byte, app, etc.? Yes, I know what those things mean, but most folks my age don’t speak “technicaleze.” We aren’t mentally challenged. We just don’t get it.

I hope to have several good years left. However, what concerns me is that the world will continue to change and leave me behind. My generation probably feels more obsolete than any past one. Advancement in so many areas occur much faster than in years past. We struggle to keep up, and most of the time, men and women just give up and say “to hell with it.”
As this new year begins, my fellow baby-boomers, enjoy each and every day that you live and every breath that you draw. Don’t worry about not being a pro at using “new-fangled” machines. However, if you have grandchildren and plan to spend time with them, you’d better learn how to open a stroller.