Getting and Losing a Girlfriend 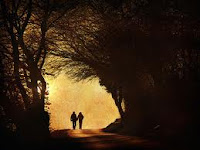 The past weekend was one filled with emotions. They provided a rollercoaster ride for those who were involved and had Amy and me running in different directions.

Jake Mabe, writer for The Shopper, tied the knot on Saturday. He and bride Jennifer opted to exchange vows at The Museum of Appalachia. They sandwiched their vows in between UT football game weekends, and that made for a good turnout.

The couple exchanged rings and “I love you” at the base of the waterwheel on the mill at the museum. Rows of white chairs sat in the field, and Mason jars held brown and orange arrangements. A clear blue sky and cool temperatures kept guests comfortable. The setting was one that matched Jake’s unpretentious personality and love for history. The bride was beautiful, and her glowing smile warmed the hearts of all. Quick vows over, the throng moved to the banquet hall for food and festivities.

At First Christian Church, another couple enjoyed a wedding day. Julie Mayo, a member of the church, became the wife of Jonah Ruddy. The ceremony took place in the sanctuary. It’s one of the most beautiful places in Knoxville for a couple to begin life together. A pipe organ filled the setting with the majestic notes of special music for the occasion. What made it more special was the presence of so many folks who have been members of the church in years past and folks who have watched the bride grow up. Afterward, guests sat down to a wonderful meal in the fellowship hall.

In both cases, the young couples repeated their vows with excitement. They looked at each other with the sparks of new love. Both traveled to wonderfully romantic places for their honeymoons, and upon their return, they’ll set up new households where each will learn, possibly with some angst and flaring tempers, how to live with another person. That will include accepting the partner’s quirks and annoying habits. In the end, the hopes are that both couples will find years of happiness and love together.

On Friday, things weren’t so joyful. John Rutherford left a message on our phone. His wife June had fallen ill on Wednesday and continued to worsen throughout the next day. His call informed me that she’d suffered a massive stroke and wasn’t expected to live. As soon as I heard the message after arriving home, I took a quick shower and headed to the hospital. I found my good friend John sitting in the hallway with his nephew. He teared up and told me exactly what had happened.

For the next couple of hours we sat together and just talked about lots of things. John commented that it would be hard to lose June. They’ve been married for 59 years, the same number of years I’ve been on this earth. I thought about that, and it broke my heart, mostly because I know how I’d feel if something happened to Amy.

June passed just as Saturday appeared. That same bright day for two couples who were getting married looked gloomy and dark to a longtime husband. John made arrangements, and he held up as best as could be expected. He hated crying in front of people, but how could he keep his emotions in check when the love of his life was no longer there? I told him that no one would think less of him if he showed emotions.

Men, you need to make a short trip to wherever your girlfriend is sitting. Once there, give her a hug and tell her how important she is to you. Over the years, one of my biggest questions has been how I got lucky enough to be with a woman like Amy. We’ve had plenty of rough patches, but with some help, the good Lord above, and a deep, abiding love between us, our marriage has stood the test of time. The truth is that we love each other more now than we did during those first few days of marriage.

Amy is my girlfriend. I love her. June was John’s girlfriend, and he loved her, but now she’s gone. Let’s hope that several decades from now Jake and Jennifer and Jonah and Julie are still together and that the guys still consider their wives as “girlfriends.” Say a prayer for John Rutherford as you imagine how much he misses his girlfriend.

This is beautiful. Thank you.